Anna Kendrick may be coming back to Vancouver to produce, direct and star in true crime thriller The Dating Game this Fall

Based on the stranger-than-fiction true story of Cheryl Bradshaw, who was a bachelorette on the hit 70s TV matchmaking show The Dating Game and chose handsome and funny bachelor number one, Rodney Alcala. But behind Alcala’s charming façade was a deadly secret: he was a psychopathic serial killer.

This will be her directorial debut.

I’ve loved this script from the moment I read it. And while I was obviously thrilled to be playing the character of Sheryl, I felt so connected to the story, the tone, and the themes around gender and intimacy, that when the opportunity came up to direct the film, I jumped at it. It feels meant to be. — Anna Kendrick.

Anna Kendrick was last in Vancouver to star in Disney+’s Noelle with future boyfriend Bill Hader as her brother. 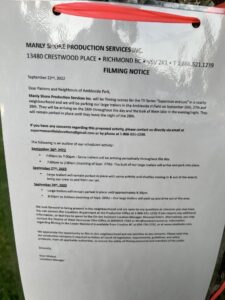