Grant Gustin suited up as The Flash today in Vancouver for the first time in the final season.

Gates around the plaza made it difficult to see what was going on in the season 9 premiere but fans spotted Vancouver’s own Richard Harmon as a new Owen Mercer aka Captain Boomerang.

Update:[Richard Harnon’s] new post-Crisis Captain Boomerang has recently been released from Iron Heights with a chip on his shoulder. But the twinkle in his eye disguises a dangerous and violent threat to Central City — via Deadline: Hollywood.

The Flash’s 9th and final season premieres mid-season on The CW. 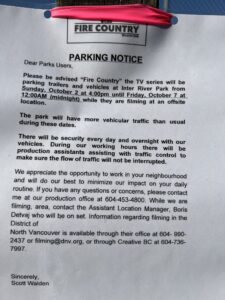