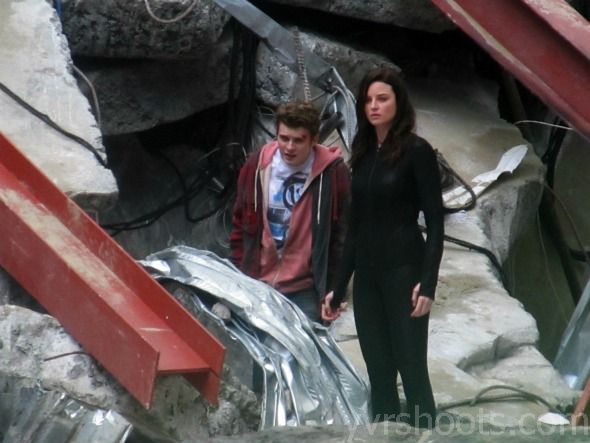 On Continuum’s season finale entitled Endtime, Rachel Nichols’s Kiera Cameron and Erik Knudsen’s Alec Sandler race to prevent a 2012 terrorist attack which defines the future, set off by Tony Amedola’s Liber8 leader Kagame, who’d been sent back in time to do exactly this. I saw them film Nichols and Knudsen running into the iconic Arthur Erickson-designed building at 1075 West Georgia Street in Vancouver in early May in take after take. Zooming in, I could see them in conversation with someone in a police uniform but never suspected it was Tony Amendola’s Kagame. Watching the finished product last night, I wondered if the late Arthur Erickson would be pleased or annoyed to see his building digitally destroyed like this on screen. I think he would be pleased.