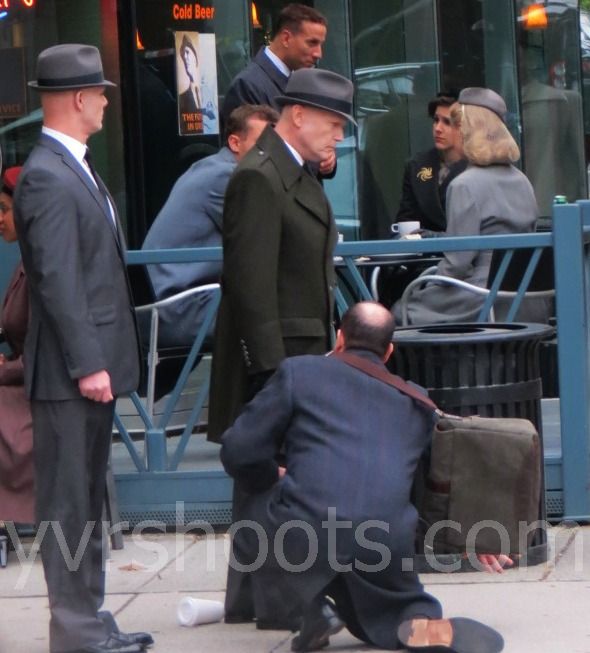 Whatever happens, it’s clear that the Observer Occupation of 2036 is under siege on Fringe. Captain Windmark can still make a clumsy human bow down in episode eight, filmed near B.C. Place a few weeks ago, but tonight’s episode — The Bullet that Saved the World — marks a (#) TurningPoint in the resistance. 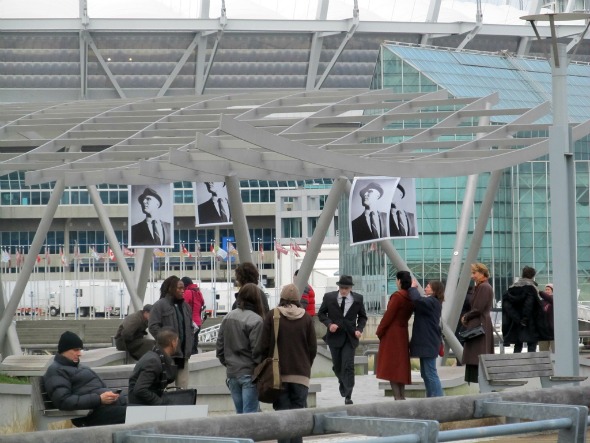 Published April 20, 2012 on Vancouver is Awesome

Tonight’s Fringe — called Letters of Transit — promises to be epic, apparently set in the year 2036 in the world of the Observers, with big scenes of background performers dressed in their grey suits and fedoras filmed at the Olympic Village and on a concourse in B.C. Place stadium. Can you remember any TV production ever renting out even part of new B.C. Place for filming?

This is huge. Why is John Noble’s Walter Bishop in the future with Lost’s Desmond, aka Henry Ian Cusick? Vancouver’s own Fringe star Joshua Jackson has said this is where “the door to [Fringe’s] fifth season is opened” and plays into the decision to film two season four endings, one that would be used if Fringe is renewed (presumably related to the future Observer world) and the other if the show is cancelled.

.Joshua Jackson will be live-tweeting tonight with his handle @VanCityJax using the Fringenuity hashtag #FighttheFuture, along with Fringe showrunners Joel Wyman, @jwfringe, and Jeff Pinker, @jpfringe.