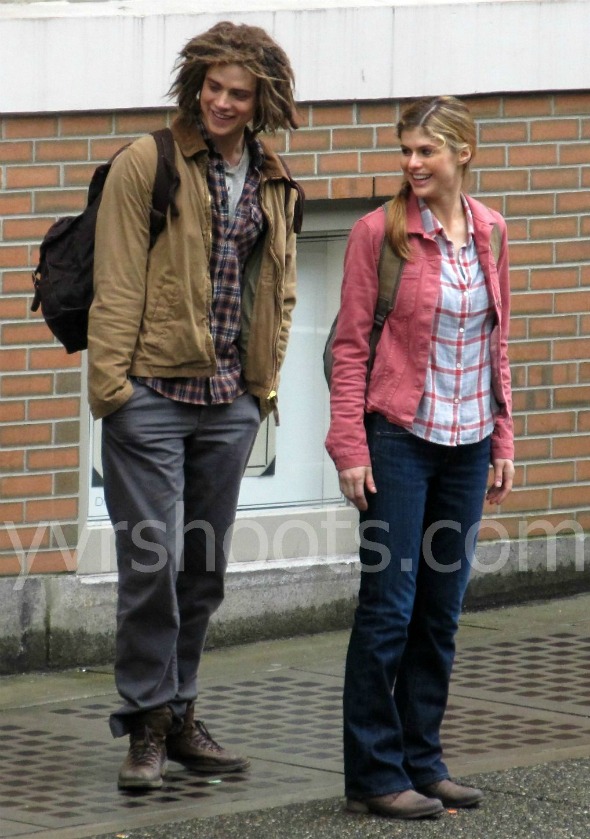 The main cast for the Percy Jackson sequel Sea of Monsters had a lot of fun working yesterday. Logan Lerman’s Percy Jackson, Douglas Smith’s Tyson and Alexandra Daddario’s Annabeth jumped on the spot to warm up for a morning scene of the trio running from 500 Beatty Street in downtown Vancouver dressed as the Delaware School of Culinary Arts. And then in the afternoon, they moved a block east for fun scenes with Nathan Fillion as god Hermes in shorts in a fake UPS store. A very good day, indeed.

Warming up for the run.