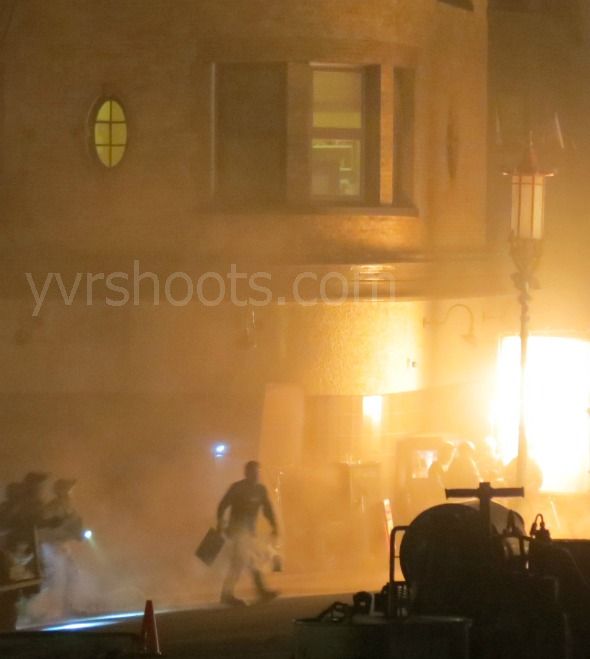 The  U.S. military battled Godzilla in downtown New Westminster dressed as the streets of San Francisco a couple of weekends ago in three overnight shoots (June 7-9). On Friday night, the action started near the Arundel Mansion Hotel, a San Francisco-style apartment complex, on a strewn-with-debris-and-wrecked-cars Begbie Street. Crew wearing gas masks filled the half-block with smoke and pushed spectators back for safety reasons. A jump master (Jared Keeso) and about eight soldiers led Lieutenant Ford (star Aaron Taylor-Johnson) into a wall of smoke in Chinatown up at the corner, renamed the Jin Shufan Dim Sum Buffet (“Voted #1 in San Francisco”), in take after take. 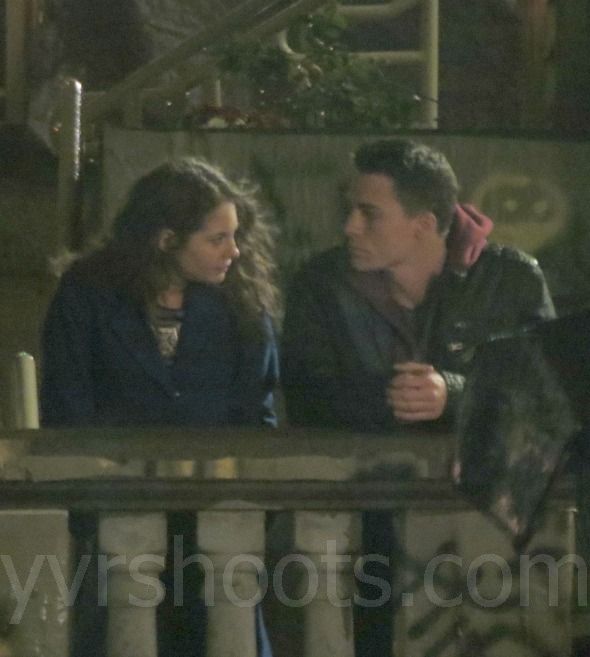 SHOOT: Double the Speedys at ARROW Night Shoot in New Westminster for 1×20

Are Arrow’s two Speedys in love? Crew messed up Lorne Mews in New Westminster yesterday to give it that ghetto The-Glades-of-Starling-City look, with graffiti, domestic violence posters, abandoned bikes, a barrel with a fire inside and other crap strewn from top to bottom. Oliver Queen (Stephen Amell)’s kid sister Thea (Willa Holland), nicknamed Speedy, walked down the steps to join Roy Harper (Colton Haynes from Teen Wolf), the thief who stole her purse and could evolve into Arrow’s trusted sidekick Speedy, as he is in the DC comics. In take after take, Speedy 1 rested her head on Speedy 2’s shoulders as he kissed her forehead. I look forward to seeing the scene as it is meant to be with Arrow’s night cameras.