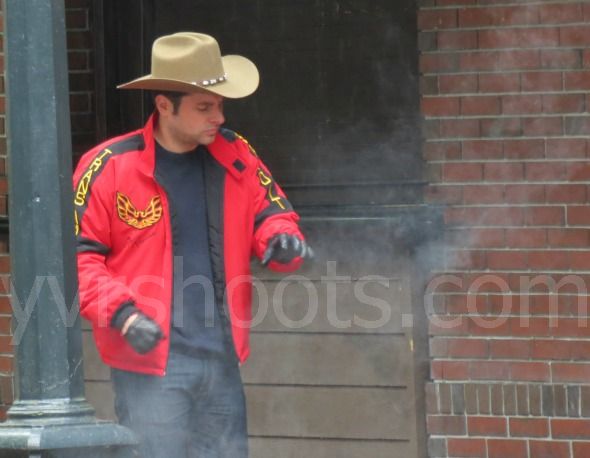 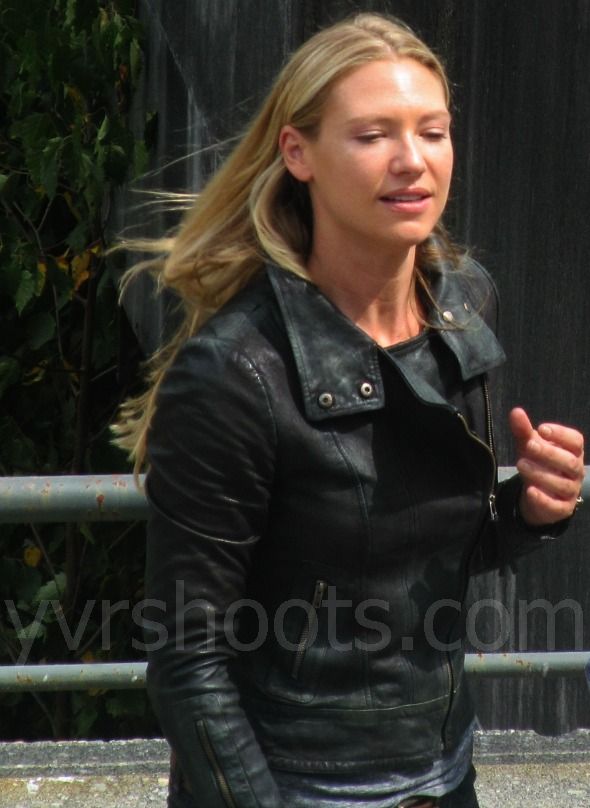 On Monday, Fringe transformed the area around the Clock Tower at the University of British Columbia into a checkpoint in 2036 — a time when Observer overlords rule the world — for the first day of filming of its second episode in season five. Ahead of the big Clock Tower scene, Anna Torv and Joshua Jackson wrapped a different scene which I’m not uploading photos from and not saying when it takes place. But here’s Torv delighting a Fringe fan (in town for The Fringe Event last weekend) by signing her Fringe fedora from Comic-Con in San Diego. And here’s Jackson making one of his zillion facial expressions. He’s one of the most animated people I’ve ever seen and I’m not alone in saying this.