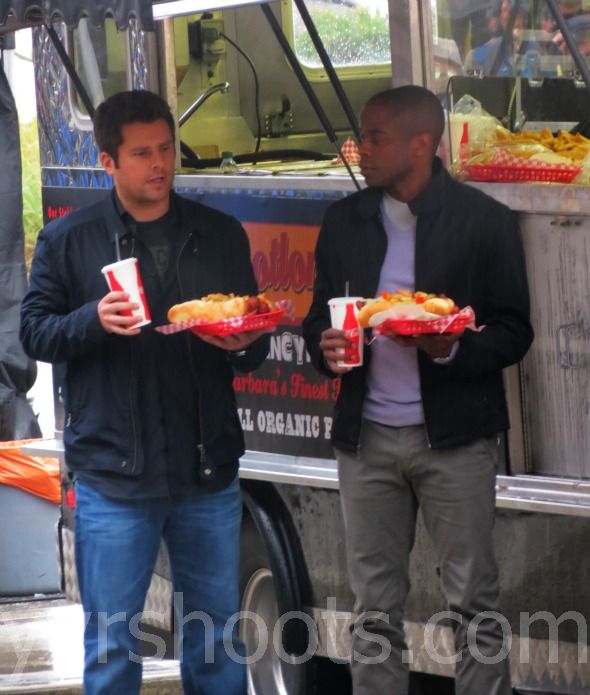 How could Psych-Os not vote for the “Food Truck” storyline in the season 8 episode contest for fans? Snacks are so important to Shawn and Gus (James Roday and Dulé Hill below). Can you imagine the shenanigans if these two have their own food truck full of snacks when they go undercover to solve the mystery of a murdered Santa Barbara food truck owner?  The USA network officially ordered two more episodes of Psych today for a total of ten in what is likely the final season  — one greenlit by the network from five additional scripts and the other to be voted on by fans from three possible storylines below. Start voting tomorrow: Psych Season 8 Viewers Choice.