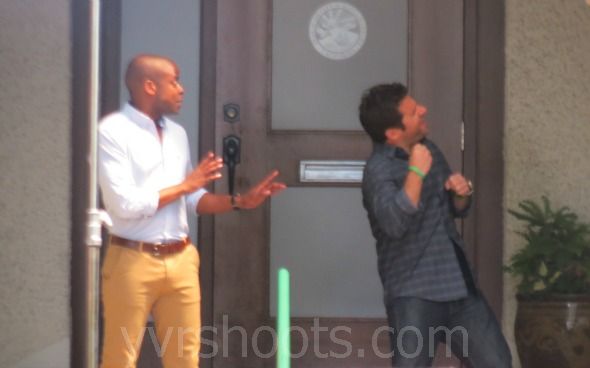 Shawn and Gus taunt [Garth Mathers], standing on the circular driveway below with Santa Barbara police detective Carlton “Lassie” Lassiter (Timothy Omundson) and [new head detective Betsy Brannigan (Mira Sorvino)]. The smackdown goes on for a while until Shawn slides down the railing  leaving Gus to grind and kick like a  male stripper as [Mathers] passes him on the stairs. A large hedge hid most of the action but it appeared that “acclaimed director James Roday” (Mr. Yin Presents… Heeeeere’s Lassie) is directing this season eight episode, including his own stunt slide.