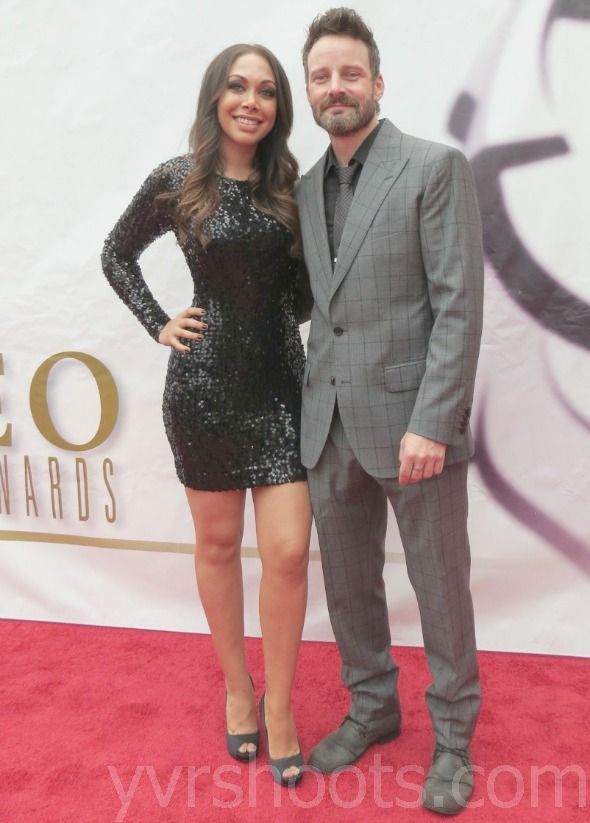 Each season of The Killing brings a whole new set of Vancouver actor suspects on the rain-soaked Seattle-set series. Season three introduced Ben Cotton as “Pastor” Mike who runs a shelter for street kids called Beacon Home (actually a building in Vancouver’s Downtown Eastside). On screen Pastor Mike rejects the characterization of himself as a “light at the end of the tunnel” for these kids. He says he’s more like the guy trying to pull them off the tracks of  a speeding train heading towards them in the tunnel. And what’s with the tattoo “Ephesians 1:7,” on his arm. He does seem too good to be true, doesn’t he? When I suggested to Cotton on the red carpet that he might have done it — killed 17 female street kids so far — he muhuhaw-ed and stroked his chin. Don’t take that as a sign of guilt. He’s kidding. Showrunner Veena Sud doesn’t show her hand this early on.

Also in the mix, Leo favourite Ryan Robbins (with girlfriend Karyn Baltzer) who told me Saturday we’d see him on The Killing in last Sunday’s episode. And there he was. A “john”.  Robbins is Joe the Seattle cab driver whom missing girl Kallie wanted to avoid in the premiere. “Did he do something to you?” demanded her friend Bullet. There was no answer and we didn’t meet Joe until an early scene in 3×03 of Lyric on “a date” in his cab. He seems OK as far as “johns” go but definitely a suspect.