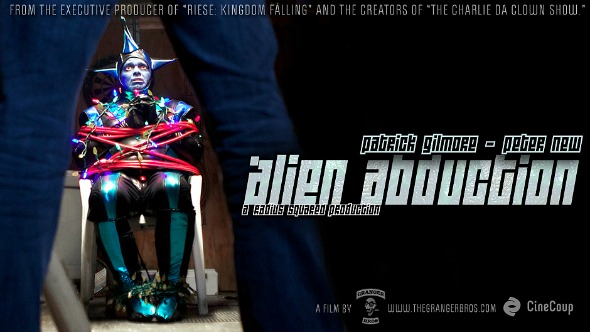 Published May 31st on Vancouver is Awesome

How did this crazy-good film-accelerator competition start? Back at VIFF’s Film & TV Forum, CineCoup founder and Vancouver digital media entrepreneur J. Joly made a two-hour presentation and then took it on the road to other major cities across Canada. The official launch party took place at the Whistler Film Festival in early December. Word spread and 90 teams from every region submitted two-minute trailers and then began weekly filmmaker missions in March designed to help them package a pitch and build an early fan base with social media tools. Soon after, a trailer with clips from the entrants started a year-long run in 1200 Cineplex theatres nationwide. Over several rounds of fan votes, the 90 whittled down to ten in mid-May, with six of the finalists from here —Alien Abduction, Bad, Grade Nine, Scam, The Fall and The Mill and the Mountain. Let me repeat: six out of ten from Vancouver!