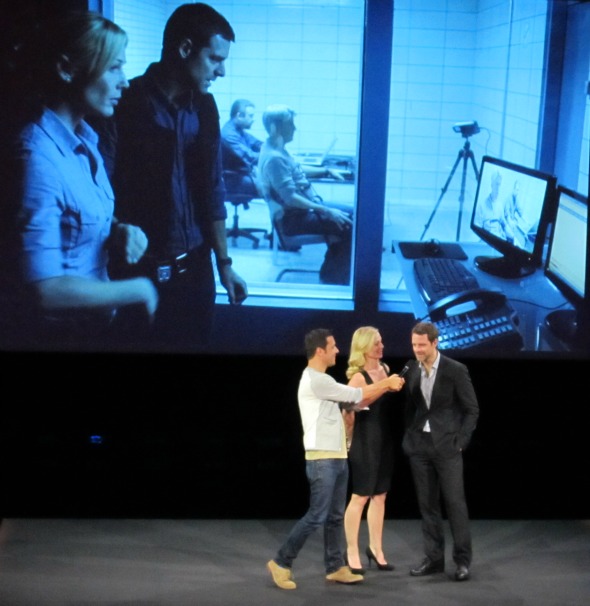 New crime drama Cracked premieres tonight at 9 p.m. on CBC, starring David Sutcliffe (Rory Gilmore’s Dad) as a troubled Toronto police officer and Vancouver actress Stefanie von Pfetten as a Toronto psychiatrist, who work together in a new Psych Crimes Investigative Unit. Unfortunately, I turned down an opportunity to interview them when they were in Vancouver last May for a media preview of CBC’s 2012-13 season but did photograph the new crime-fighting duo on stage with host Geroge Stroumboulopoulos.