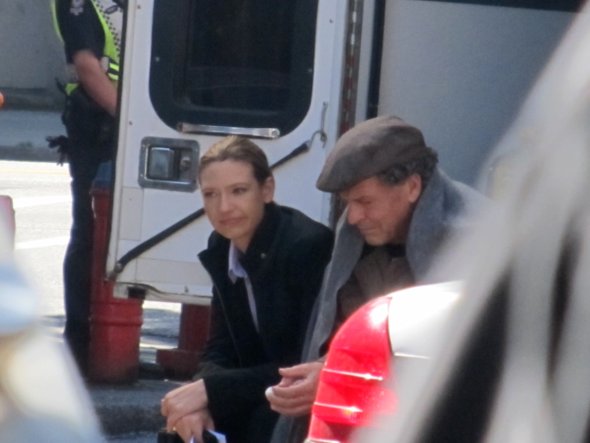 BIG READ: Where is Peter Bishop?

Published August 30, 3011 on Vancouver is Awesome

Friday night delayed-viewing hit Fringe did something unprecedented with its third season finale: it made Peter Bishop, one of its trio of main characters, cease to exist and asked Joshua Jackson, the actor who plays him, not to appear in the show for an unspecified amount of time in the fourth season filming now.

It appears much has changed since Peter Bishop averted the apocalyptic future of season three and created a bridge where Fringe’s two warring parallel universes could cross over and interact. Early episodes of season four are said to focus on what the lives of his beloved Olivia Dunham (Anna Torv) and “father” Walter Bishop (John Noble) , as well as their alternate universe dopplegangers Fauxlivia (also Torv) and Walternate (also Noble), would be like without him. Lives that are not necessarily worse in the two universes, just different, except for Walter, who is a very sad man without Peter, as you can see in the photo below of Torv and Noble filming a scene of the two of them sitting on the back of an ambulance.

FOX began promoting the upcoming Fringe season with a sublimal teaser which spelled out “Where is Peter Bishop?” backwards and there have been several more teasers since, as well as promos for the aptly-named premiere, Neither Here Nor There, the latest of which appeared last night during a FOX commercial break. And of course the Twitter-savvy Fringe has its own hashtag #WhereisPeterBishop?

in east Vancouver where the two universes overlapped in last season’s twisty finale. Props crew were inside for several days but what they built and what Fringe was filming remains a secret as does almost everything about the premiere, except that it’s big (Observers spootted on set along with Hartford police car). I had speculated Joshua Jackson snuck into town for this on July 21st until I read a report that he’d been briefly hospitalized in Santa Monica that same Thursday for an allergic reaction.