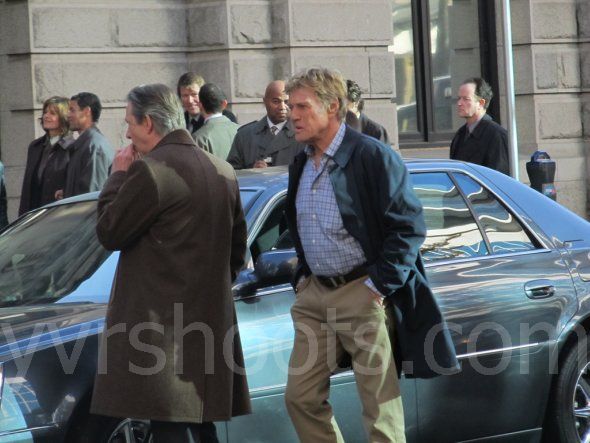 Published November 18, 2011 on Vancouver is Awesome

Earlier this week I wrote about the hundreds of University of British Columbia students who turned out to see 26-year-old Transformers star Shia LaBeouf film The Company You Keep on campus last month. Well when the production moved downtown it wasn’t LaBeouf who commanded a fan following but 75-year-old Robert Redford. Dressed-for-sucess women from thirty-something to sixty-something giggled like schoolgirls watching Redford do scenes at the Vancouver Art Gallery. I had to shush two particularly excited older ladies on Hornby whose chattering would be picked up by the boom mikes across the street and loved doing it. Downtown men who stopped to watch the Hollywood legend on Tuesday didn’t seem quite as giddy but I did overhear some calling friends to say they’d just seen The Sundance Kid in action.

It wasn’t just passersby doing some stargazing but big news media too, situated as they were just round the corner at the Occupy Vancouver encampment where fire officials and city workers conducted yet another safety inspection. Photos of Robert Redford filming at the Vancouver Art Gallery appeared in The Globe and Mail, The Vancouver Sun, CBC Arts and many other outlets, making mention of his proximity to the month-old tent city, where one protester had to be dragged out of traffic by police that morning after sitting in a West Georgia street lane and refusing to move (I photographed this too).

Some expected Robert Redford to make some kind of statement about Occupy Vancouver but although Redford is a well-known political activist his causes tend to be more environmental in nature, after four decades of environmental advocacy. And besides, the man is here to work: both directing and starring in a political thriller about a former Weather Underground militant played by Redford wanted by the FBI for 30 years, who must go on the run when Shia LaBeouf’s ambitious reporter exposes his true identity.

Redford’s scenes at the Vancouver Art Gallery looked like a media scrum for the exposed former Weather Underground radical, with Chris Cooper driving the car Redford gets into and Shia LaBeouf there as a reporter but standing at a remove from the actual scrum.

occupied the front two weeks ago. Several people — @UBCRobsonSquare, @Imohux, @darrylamiller, @davidgcami, @uuruson and @BenMcKinnon96 — tweeted photos of Robert Redford, a prop Detroit TV news satellite truck and Chris Cooper in exterior day scenes as well as a night scene at the back of the Gallery on Robson Street.

That weekend The Company You Keep set up at Vancouver City Hall for a five-day shoot, starting Sunday, November 6th. Read More »BIG READ: Robert Redford Films THE COMPANY YOU KEEP in Vancouver 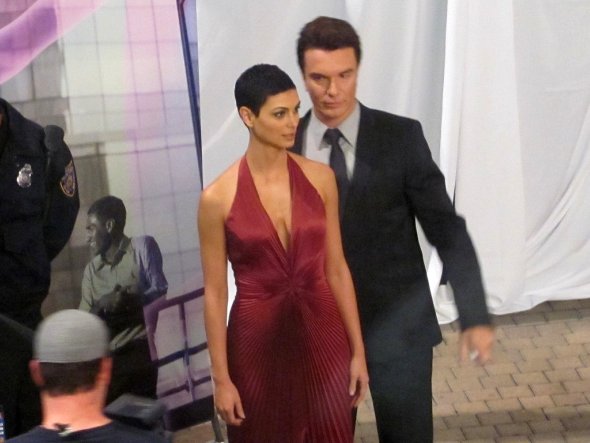