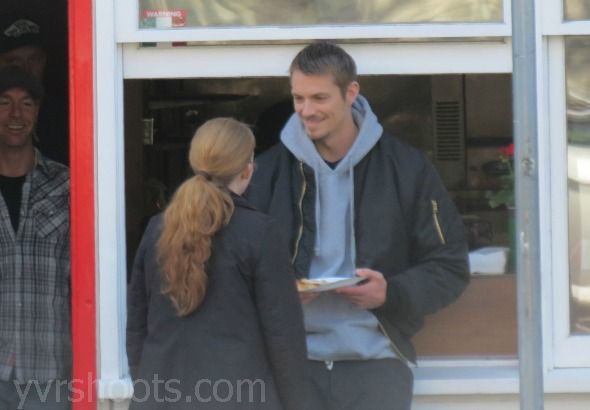 Caught a body this morning. Working girl.. . A Monster on the Loose. 17 Victims and Counting. [sz-youtube url=”http://www.youtube.com/watch?v=DayOuvGUtcM&feature=youtu.be” /] Season Three should be renamed The… Read More »PROMO: THE KILLING Season 3 Promo – Monster

Update: Turns out ferry worker Cody is Sarah Linden (Mireille Enos)’s boyfriend. She’s leaving him to return to the city to work on the street kid killings case. Their relationship ends in the car, as she tells him: “You don’t know me, I break things.”

The Killing crew did something last week I’ve never seen or heard of before — filmed a scene for the Seattle-set murder mystery on the car deck of a regular BC Ferries sailing from Bowen Island to Horseshoe Bay in West Vancouver. Pulling that off in a 20-minute crossing took some planning and assistance from BC Ferries. Prop Washington state cars for the show got priority loading ahead of regular vehicle traffic for the 5 p.m. sailing last Wednesday on the Queen of Capilano from Snug Cove. The camera crew walked on separately, climbed the stairs to the upper deck and set up to film half-a-dozen takes of a scene of a Seattle area Vashon Island ferry worker walking across the car deck and getting into the passenger seat of former Seattle Police detective Sarah Linden (Mireille Enos)’s car.

Season three of The Killing takes a place a year and a half after detectives Sarah Linden and Stephen Holder (Joel Kinnaman) arrested Rosie Larsen’s killer. Linden is no longer a detective but Holder’s “search for a runaway girl leads him to discover a gruesome string of murders that connects to a previous murder investigation by Linden”. Peter Sarsgaard co-stars as a death row inmate.

AMC resurrected The Killing for a third season of the Seattle-set murder mystery, which started filming twelve new episodes in Vancouver late last month. Last season our dynamic detective duo Sarah Linden (Mireille Enos) and Stephen Holder (Joel Kinnaman) had a tough time of it as they closed in on the  Rosie Larsen killer: starting with Holder finding out he’d been set up to frame a Seattle mayoral candidate with a doctored toll booth photo and then getting beat up by thugs at the Wapi Eagle casino and left for dead, while Linden ditched her fiance, was suspended, lost custody of her son, got bashed on the head at the casino and committed to a psych ward for a day.Then they both went on the lam from the Seattle police force. No wonder Linden looked done-in walking away from the Larsen home in a final scene.

Events in the third season take place a year later when Detective Holder’s “search for a runaway girl leads him to discover a gruesome string of murders that connects to a previous murder investigation by [Sarah] Linden”, who is no longer a detective. Here she is filming a scene with her son Jack (Liam James). TVLine memorably named her the worst parent on TV in 2012. I have no context for this scene, but is that a smile on Linden’s face? The Killing filmed two scenes in Snug Cove on Bowen Island last week dressed as Vashon-Maury Island, which is within commuting distance of Seattle by ferry. 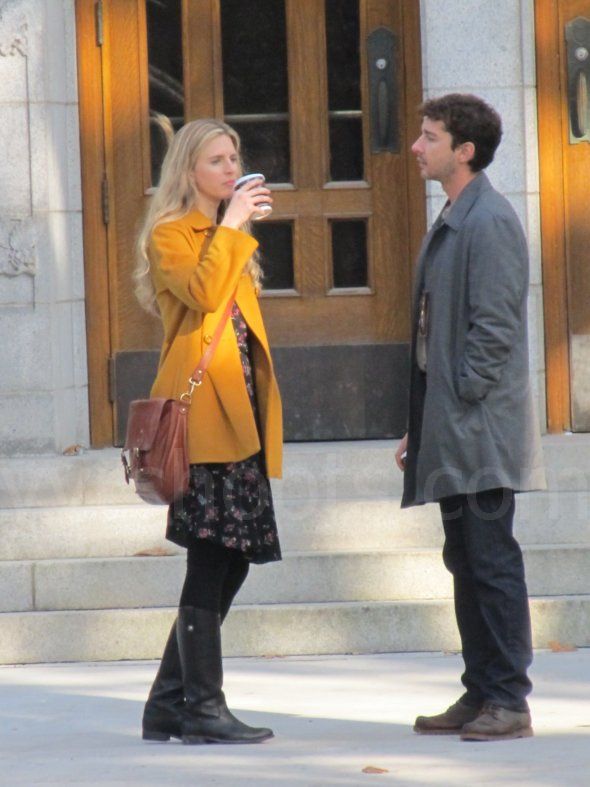 Published November 14, 2011 on Vancouver is Awesome. The Company You Keep is a political thriller starring Robert Redford as a former Weather Underground militant… Read More »BIG READ: Robert Redford’s THE COMPANY YOU KEEP with Shia LaBeouf