Newly-married Arrow star Stephen Amell shot a scene last night in the winter cold at downtown Vancouver’s Portal Park of his character Oliver Queen dressed in a sharp suit and stealing a motorcycle. You’d think a billionaire like Queen could toss the guy a few bucks to borrow his bike but the owner refused to give it up and Queen had to adminster a beatdown. Amell did the fake beatdown himself from several different camera angles until his stunt double took over for the stunt riding and Amell waved goodbye to a fan from his departing star car. Not long after, news broke on Just Jared.com that Amell had married his longtime girlfriend Cassandra Jean over the holiday hiatus in a sunset Caribbean ceremony on Christmas Day. That might explain Arrow fight coordinator James Bamford and his wife’s Caribbean snaps over the holiday hiatus. Wonder how many Arrow cast and crew attended? 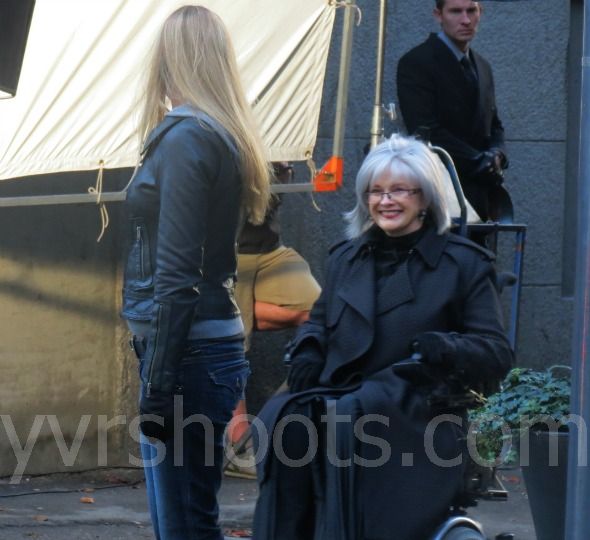