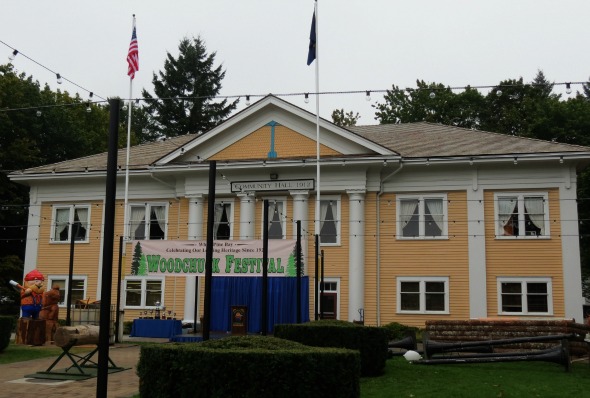 The 10-episode series, scripted mainly by Lost’s Carlton Cuse, is described as a cross between Twin Peaks and Smallville. Certainly, the White Pine Bay Woodchuck Festival has a Twin Peaks vibe. All that’s needed is some cherry pie, a damn fine cup of coffee and a Log Lady to complete the homage.