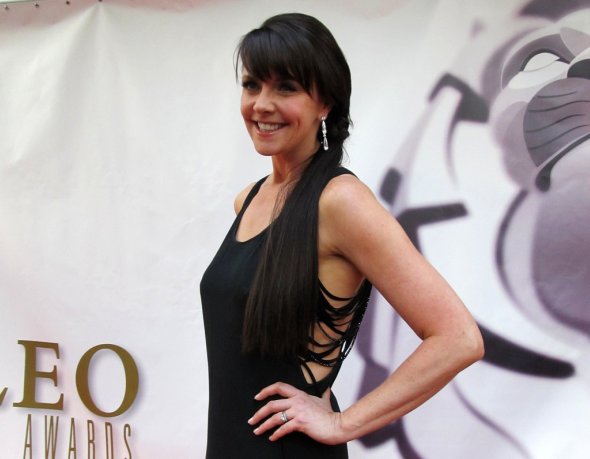 Published June 14, 2011 on Vancouver is Awesome

Wild is the word I’d use to describe Saturday’s red carpet at the Leo Awards celebrating the best of BC-produced film and television: from one nominee going in and out of his character to another striking poses with his elastic face to another threatening to drop his pants to the entire cast of all-Canadian series Sanctuary making funny faces for the cameras. And immortal Sanctuary star Amanda Tapping owned all 100 metres of that carpet in her floor-length black dress and five-inch heels.

Since television built the town of Hollywood North it should be no surprise that Amanda Tapping is its Queen after more than a decade on the Stargate series and then co-creating Sanctuary with writer Damian Kindler and director Martin Wood, two other Stargate almuni who I photographed below watching Tapping walk towards them. Sanctuary came into the Leos with a whopping 17 nominations and the privilege of sauntering the red carpet in prime time (the last half-hour of the two-hour West Georgia Street spectacle).

The almost-block-long red carpet started at the corner of Burrard and West Georgia with Leo red carpet host and actress Gretal Montogmery, who happens to be the significant other of presenter Chad Willett. Having one of their own interview them on camera inspired Sanctuary’s Robin Dunne to unbuckle his belt and threaten to drop his pants (captured and later tweeted in a Twitpic by his co-star Robert Lawrenson). Autograph hounds and fans managed to nab the local celebs Read More »BIG READ: LEO AWARDS Gala at Hotel Vancouver