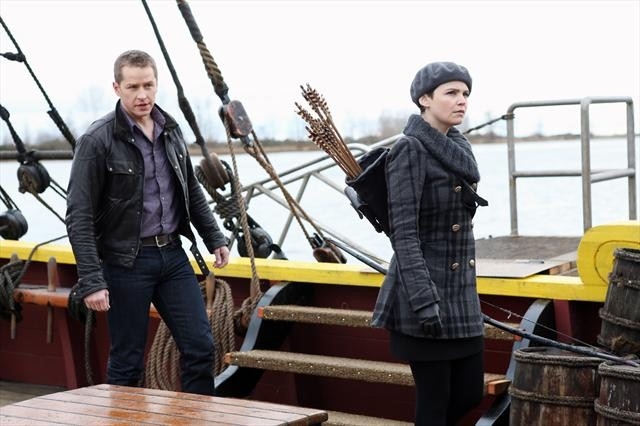 SHOOT: Josh Dallas, Ginnifer Goodwin & Colin O’Donoghue Filming on ONCE UPON A TIME Pirate Ship Set in Steveston for 2×13

ABC shared some photos with TVLine last week of Charming and Snow (Ginnifer Goodwin)  in a confrontation with Anton, the Giant on the  ship. I arrived too late to see them filming these on the  floating priate ship set at the Britannia Heritage Shipyard set in Steveston last December (I’d been  downtown in Gastown watching OUAT’s first unit filming Manhattan scenes).  I  did get  there in time to  see Ginnifer Goodwin (wrapped in a red plaid blanket) come off the dock and pose for photos with waiting fans taken by Josh Dallas. Lucky fans.

Bringing the floating set back to dock.

SET: ONCE UPON A TIME Films on its Floating Pirate Ship Set in Steveston

Is Storybrooke offering weekly tours of Captain Hook’s pirate ship? It sure seems so. Ever since Hook (Colin O’Donoghue) and Cora (Barbara Hershey) sailed through a portal into this sequestered town in Maine at the end of the mid-season finale, we’ve seen a parade of townsfolk visiting the ship from the kidnapped Archie (Raphael Sbarge) to the uninvited RumBelle (Robert Carlyle & Emilie de Ravin) to the kidnapped Giant (Jorge Garcia), who’ll show up when the show returns with new episodes in February.

The priate ship set is a truncated version of the Tall Ship Lady Washington which first appeared in Fairytale Land flashbacks of Captain Hook on his pirate ship — the Lady Washington is the exact same ship used in the first Pirates of the Caribbean movie when it was known as the HMS Interceptor, the fastest ship in the Caribbean. It looked magnificent as Captain Hook’s ship sailing up Howe Sound Read More »SET: ONCE UPON A TIME Films on its Floating Pirate Ship Set in Steveston

SHOOT: Jorge Garcia’s The Giant in Steveston for ONCE UPON A TIME 2×13 Tiny

FE FI FO . . RUN! Three weeks from tonight, The Giant (Jorge Garcia) is back with a huge grudge and he’s unleashing his vengeance on the town of Storybrooke — after being kidnapped and brought there by Cora. He looks as angry as ever but maybe not so giant size.

I watched Jorge Garcia in costume do a scene of Anton the Giant furiously stomping along the street as cars swerved out of his way, filmed on a rainy December morning on Moncton Street in Steveston. Later, Once Upon a Time crew shot scenes of townsfolk running away from The Giant in terror as Charming (Josh Dallas) and Snow (Ginnifer Goodwin with a bow and quiver of arrows on her back) stand their ground.

Read More »SHOOT: Jorge Garcia’s The Giant in Steveston for ONCE UPON A TIME 2×13 Tiny 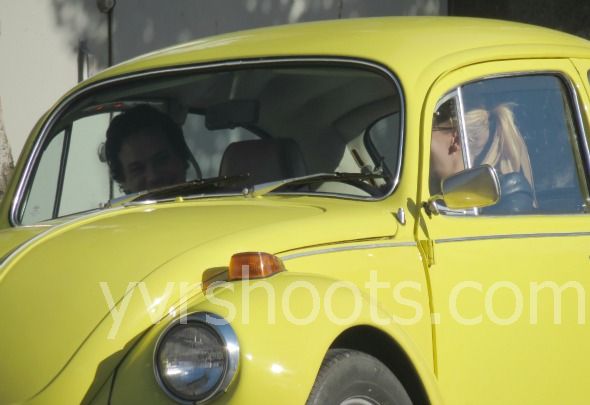 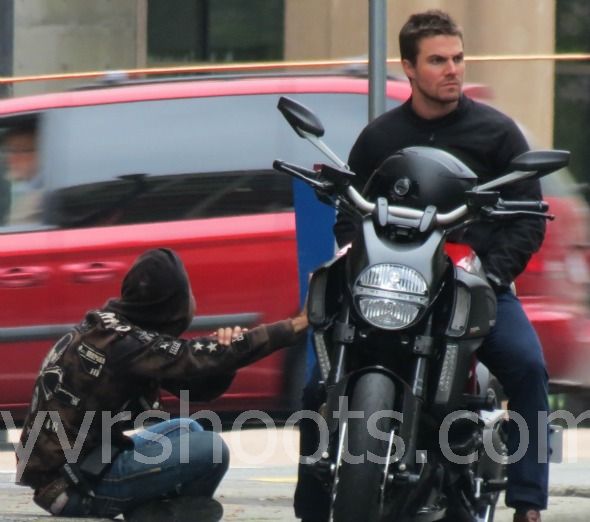 A Claire-Hurley Lost reunion may be happening sooner than expected on the set of ABC’s Once Upon a Time. Jorge Garcia, who’s been cast as the… Read More »Jorge Garcia Back in Vancouver as ONCE UPON A TIME’s The Giant for 2×06 Tallahassee

Published March 26, 2012 on Vancouver is Awesome

In 1963 the prisoners on Alcatraz disappeared. Now they’re coming back. You won’t believe what happens next on Alcatraz. – teases FOX’s Alcatraz Highlight Reel for the two-hour season finale tonight, almost all of it filmed in rain-drenched Vancouver, except for two-and-a-half minutes of a Bullitt-inspired car chase filmed on the sun-drenched streets of San Francisco.

The 13-episode first season of Alcatraz tells the saga of a secret agency dedicated to finding and catching inmates from the infamous San Francisco prison gone missing 50 years ago and reappearing today. It stars petite blonde-bobbed Sarah Jones as police detective Rebecca Madsen; Jorge Garcia from Lost as her partner, Alcatraz expert Dr. Diego “Doc” Soto;  and Sam Neill as Emerson Hauser, her mysterious boss with a past life on Alcatraz. The fourth person of interest in this secret squad is Hauser’s equally mysterious partner Lucy Banerjee, played by Parminder Nagra of ER, who was shot by the sniper convict Ernest Cobb during the second episode and then revealed to have her own past life on Alcatraz as hasn’t-aged-a-day psychiatrist-to-the-inmates Dr. Lucille Sengupta.

Showrunners teased several big moments ahead of tonight’s finale during the Alcatraz panel at WonderCon over the March break, including Lucy’s reintegration back into present day after finally waking up from her coma. Below is Parminder Nagra filming scenes with Jorge Garcia and Sam Neill in late February outside Belkin House downtown dressed as the MacAlister Institute. In the second photo there is little to suggest the romantic attachment which formed between Nagra and Neill’s characters in their past lives on Alcatraz, when Hauser was a young policeman. But I only caught part of their reunion.

The bigger reveal about tonight’s finale is that Sarah Jones’s Detective Madsen will chase after and confront her Alcatraz inmate grandfather Tommy Madsen in a Bullitt-inspired car chase filmed for three days in San Francisco (it took the crew of Bullitt nine days to film the original chase for the 1968 movie). I’d hoped that they’d use the Highland Green 1968 Ford Mustang 390 GT 2+2 Fastback that Jones’s character Rebecca Madsen has been driving in Vancouver — the exact colour, make and model of the Mustang that Steve McQueen drove in Bullitt — but I guess there wasn’t time to ship it down to San Francisco for the shoot or to rebuild it so that it could do the stunt driving.

FOX promo photos show a Deep Impact Blue 2013 Mustang GT speeding down a San Franciso hill.  Sarah Jones did fly down to film scenes there but a stunt double did the driving. Jones hadn’t filmed in San Francisco since the pilot, which I wrote about in my first #YVRShoots series post on Alcatraz.