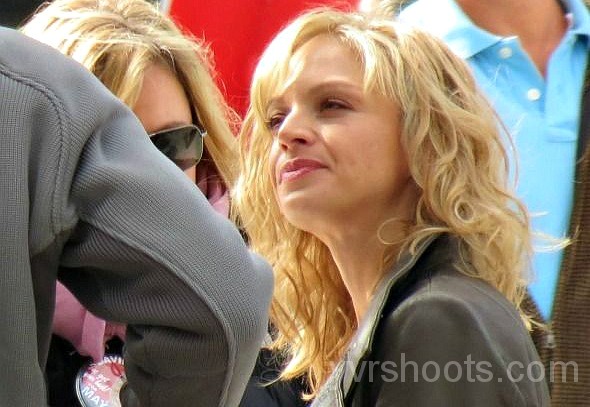 If I hadn’t heard that Motive cast Kristin Lehman as divorced, single mother Angie [Flynn], a “feisty female Vancouver detective” solving murders in the midseason 13-episode CTV series, I might not have recognized her today in Olympic Plaza at The Village on False Creek. There’s very little of “Lady Eaton”, as her political campaign consultant Gwen Eaton on The Killing was known, in this new character Angie [Flynn] with her leather jacket, kickass boots and permed hair.

Motive’s twist is to reveal the killer at the start of each episode and then let us follow along Angie [Flynn]’s efforts to solve the murder and uncover the reasons behind it. One of today’s scenes was of [Flynn] talking with someone over coffee at a makeshift cafe at the northeast corner of Olympic Plaza.