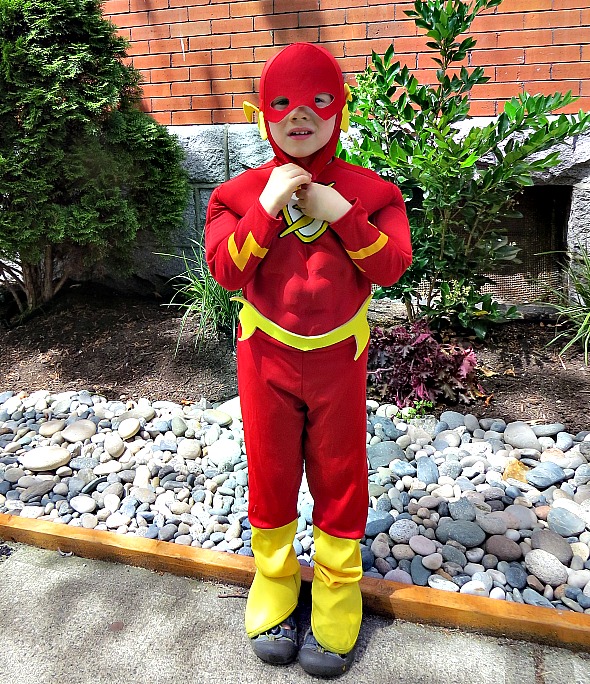 Since Grant Gustin is [out of town] this pint-sized The Flash is ready to step in and save people on a burning West End building… Read More »SHOOT: THE FLASH TCA News, Mini-Flash & Today’s West End Burning Building Set 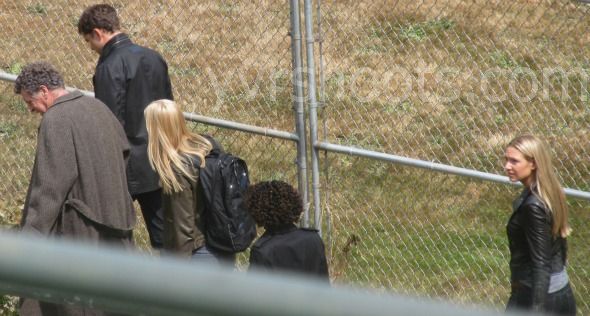 Now that Olivia has been de-ambered in Fringe’s fifth season premiere, it’s time (overdue) to share her reunion with her scattered family and ongoing role in the Fringe resistance in 2036. In tonight’s episode, In Absentia, Olivia (Anna Torv) is part of the team searching the under-Observer-control Harvard campus for a hidden tunnel into Walter’s lab, played by the west entrance to the Irving K. Barber Learning Centre at the University of British Columbia, not by the main entrance to the CHEM building like it has been in the past.

I came to the scene late in mid-August and so was at the wrong end to capture the Fringe team’s faces like a set photographer did here. It was the first time I’d seen Olivia (after 20 years encased in amber) on location with her estranged husband Peter (Joshua Jackson), her father-in-law Walter (John Noble), her grownup daughter Etta (Georgina Haig) and her colleague and friend Astrid (Jasika Nicole) in 2036. 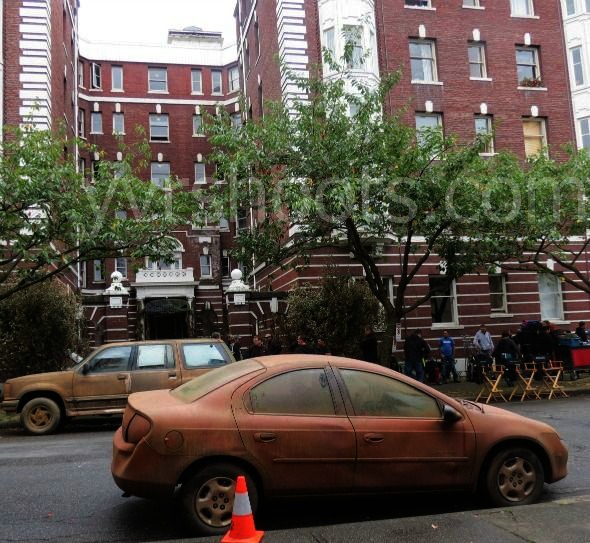 SHOOT: Look What FRINGE Did to the West End’s Sherburn Building For 5×06 – Updated

Look what Fringe crew did to the West End’s Sherburn Building yesterday. It didn’t look like this thirteen months ago when Fringe filmed scenes for Subject 9, season four’s pivotal episode when Joshua Jackson’s Peter Bishop returned to existence. Yesterday’s scenes, like most of season five, appear to be set in 2036 when Observer overlords rule the world, there’s a lot of dirt, decrepit cars and dead vegetation and Joshua Jackson’s amber-preserved Peter Bishop is a resistance fighter dressed in fashionable black [Update: along with Anna Torv’s Olivia and Jasika Nicole’s Astrid. The trio are  following John Noble’s Walter Bishop who’s gone rogue in a search for a child Observer he hid inside this building in  a pocket universe twenty years before.]

Read More »SHOOT: Look What FRINGE Did to the West End’s Sherburn Building For 5×06 – Updated