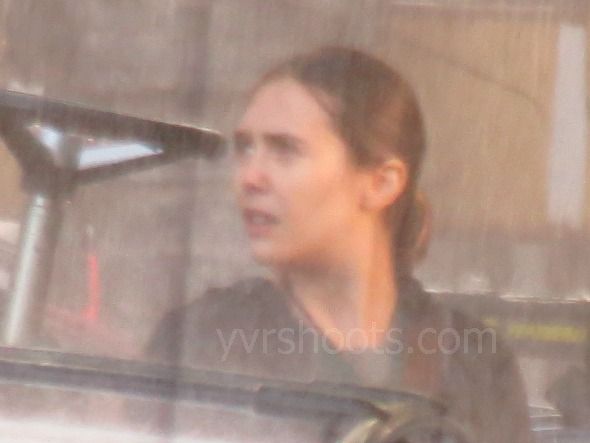 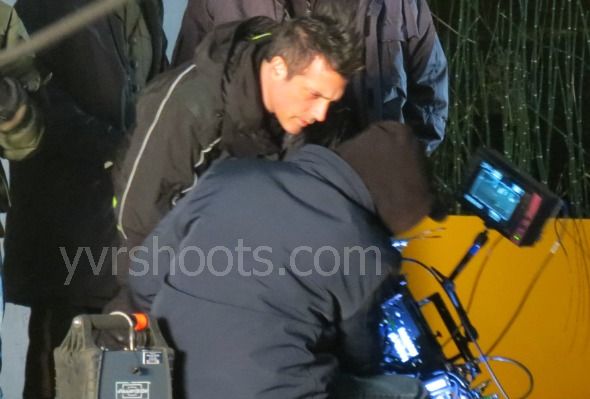 Famine to Feast: GODZILLA, DAWN OF THE PLANET OF THE APES & American TV Pilots – Updated

UPDATED June 30, 2013 From famine to feast. B.C.’s film and TV production industry is bouncing back from a dismal start to the new year.… Read More »Famine to Feast: GODZILLA, DAWN OF THE PLANET OF THE APES & American TV Pilots – Updated 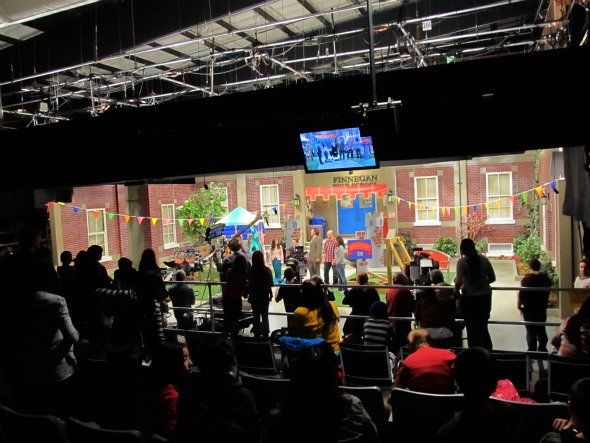 Published October 28, 2011 on Vancouver is Awesome

Break-dancing kid, rapper Mom, a trio singing The Climb while building a girl pyramid, large group performing the Macarena and YMCA. That’s the audience at the Live Show of homegrown teen sitcom Mr. Young. So much talent in the audience and on set makes the Friday night taping of this multi-camera sitcom a fun destination for parents and kids. Plus every so often a well-known actor sits watching the show instead of being on it: V’s Christopher Shyer and family won a round of audience Monster Family Feud last Friday.

Made-in-Vancouver Mr. Young is a situation comedy about child prodigy Adam Young (Brendan Meyer) returning to his high school at the age of 14 to teach science to his best friend Derby (Gig Morton), his crush Echo (Matreya Fedor) and the dim-witted school bully Slab (Kurt Ostlund). Filming its second season in a massive studio behind the old Watchmen set in Burnaby, Mr. Young is a Canadian hit about to make it big in the U.S. Last month children’s entertainment giant Disney started airing YTV’s #1 show on its Disney XD channel and this past weekend premiered three episodes on the main Disney Channel as well as multiple airings on Disney XD. Seven episodes aired on Saturday alone.

Is Mr. Young on its way to becoming The Suite Life North? It has the pedigree: Mr. Young was created by Dan Signer, the writer/producer of Disney’s hit series The Suite Life on Deck. And it’s certainly laugh-out-loud funny to kids and some of their parents, although some of the adult-oriented jokes might have to be toned down for prospective Disney audiences. Each episode name is a variation on the premiere Mr. Young, from Mr. Roboto to last week’s Mr. Tickleshmooz — about Adam’s attempt to clone his crush’s hamster after it dies in his care. I laughed watching Brendan Meyer give the stiffened original hamster CPR and again when the cloned hamster grew to monstrous size filling the school hallway. Monster hamster turned out to be the fifteenth episode of the second season, which started taping in July and wraps in January of next year — six months for 26 half-hour episodes, including brief hiatuses for the young cast.

Last Friday’s Live Show for Mr. Cyclops began with the audience load-in at 4:15 p.m. of about 200 into a basketball-court-length grandstand, followed by a playback of Mr. Tickleschmootz, which I’d already seen on TV at home. Shooting of live scenes began about 5 p.m. and ended five hours later at 10 p.m. with a curtain call for the cast. That’s a long time but the audience’s energy never flagged thanks to wrangler/performer Dave Dimapalis, who kept the kids hopping between set-ups with games, contests, singing, dancing, you name-it. This man is great at his job.

Of the eight live scenes we watched, my favourite had to be Adam and Derby dressed as Men in Black with CIA (Cyclops Intelligence Agency) badges in their back pockets and black one-eye bands on their heads.

Note the yellow card in the photo above asking the audience not to “jump over the railing” at the teen stars.