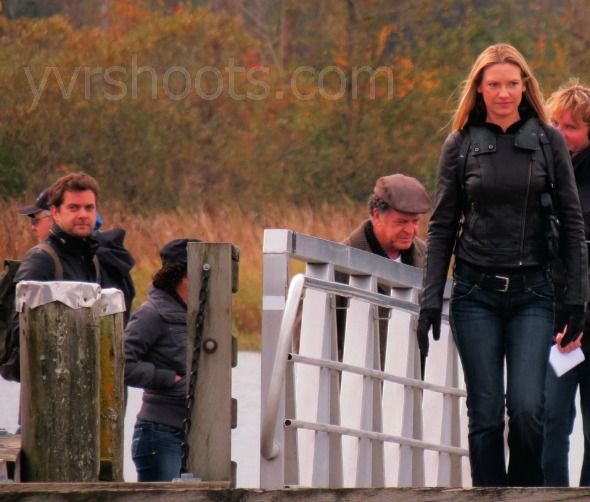 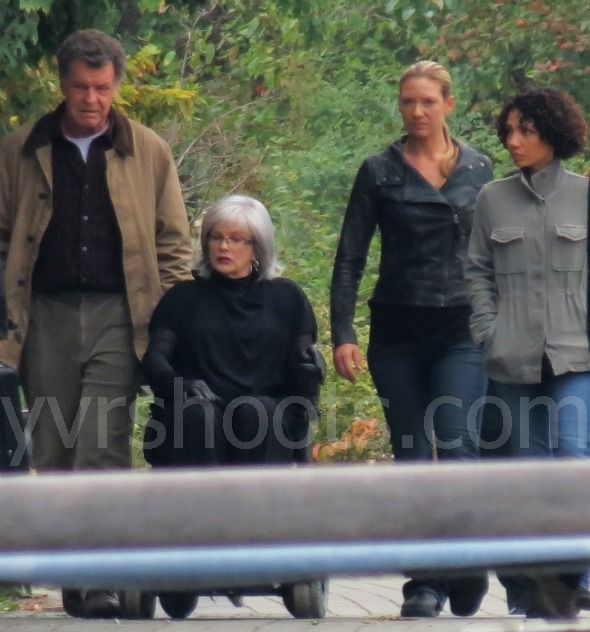 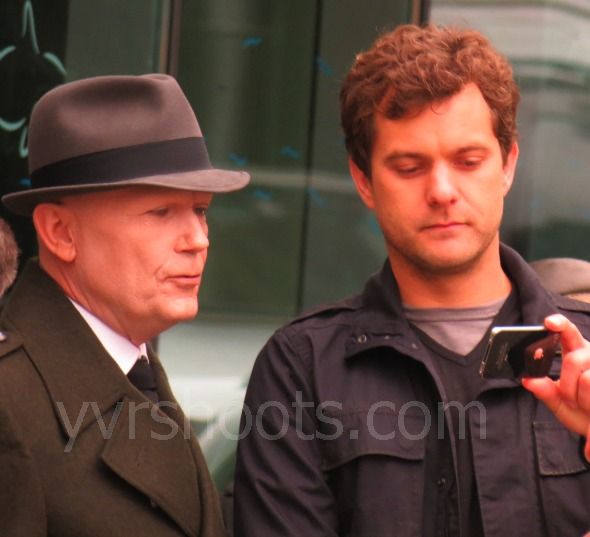 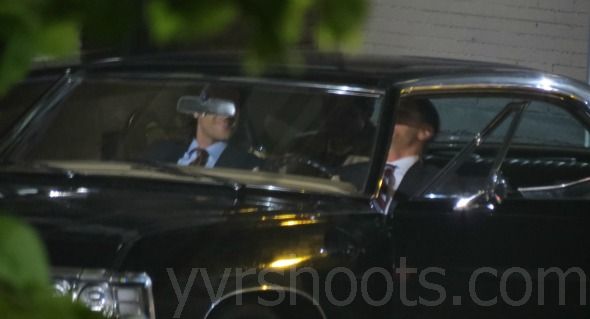 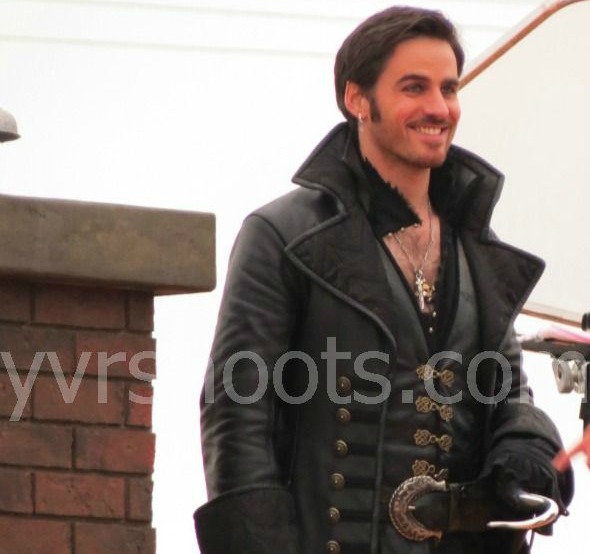 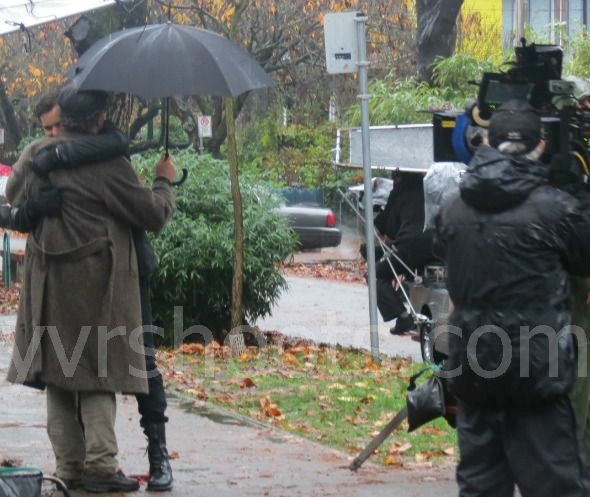 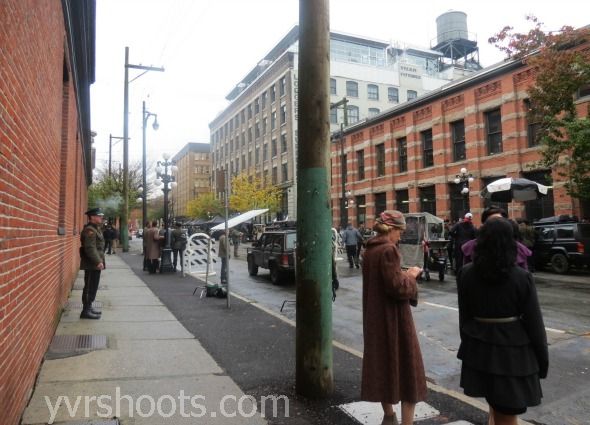 Fringe closed the 200 block of Columbia Street in Gastown today to create a checkpoint for our Fringe team — Peter, Olivia, Walter and the child Observer — to avoid in episode eleven of the final season. The day’s filming started early in the alley east of Columbia St. (decorated with resistance posters) where not much could be seen. I left for a time because of the rain and when I returned I learned I’d missed the one scene of cast exiting the alley on foot. Instead I got to see the comedy stylings of Fringe on the first take of Joshua Jackson’s Peter driving the panelled blue mini-van down the street and not being able to turn into the alley as he was supposed to because of  a throng of background performers clogging the sidewalk. Everyone cracked up as Jackson tooted the horn (not very stealthy if you want to avoid a checkpoint) and then backed up the mini-van to the starting point. Many smoother takes later Fringe wrapped filming mid-afternoon. 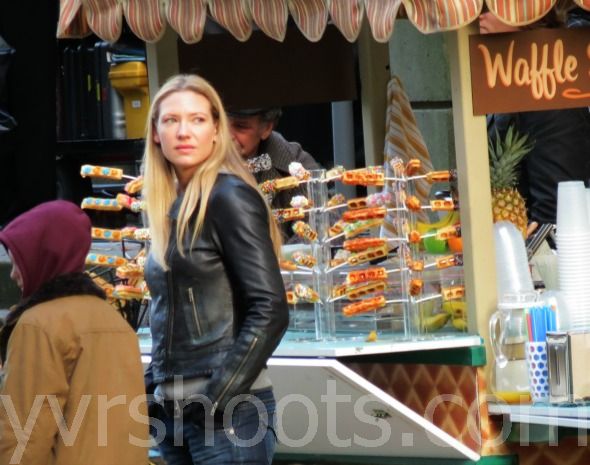 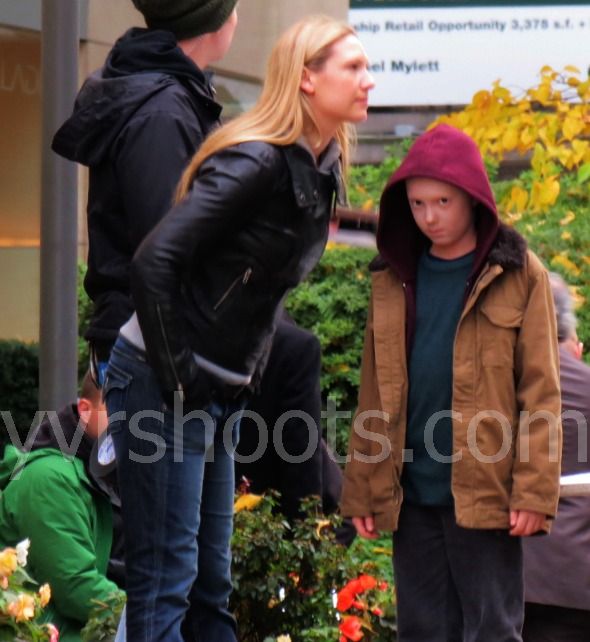 Last night’s Through the Looking Glass and What Walter Found There introduced Rowan Longworth’s mysterious child Observer whom Walter had kept hidden for twenty years in a pocket reality inside an old apartment building played by the West End’s Sherburn building. But when the Fringe team finally makes their way to apartment 413 in this Alice-in-Wonderland-like world, the mysterious child Observer is gone.

Will they find him? Of course they will. And so my photos of the child Observer filming episode ten this week are no longer such a big spoiler. The bald boy character we first met in season one (played by a different young actor) was on set for Monday’s epic downtown shoot with Anna Torv’s Olivia, Joshua Jackson’s Peter, John Noble’s Walter and Blair Brown’s Nina Sharp in her wheelchair at one of the five different locations. And also on set a few days later when Fringe filmed in an alley west of the Terminal City Ironworks compound in east Vancouver with the same cast. And then on Thursday for episode eleven at the Waterfront station stop for the West Coast Express made to look like a train station stop in 2036 with Loyalist soldiers patrolling the platform.