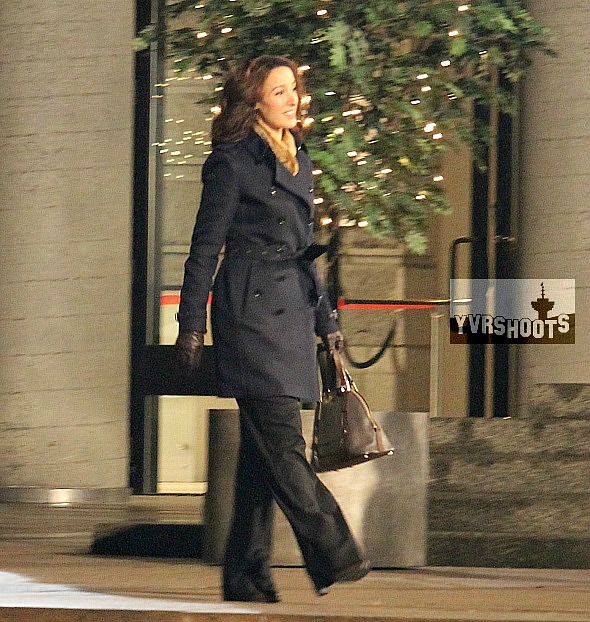 On Day 24 of the investigation into the murder of Seattle teen Rosie Larsen, the detective and political storylines intersect. At a downtown government building, Darren… Read More »THE KILLING Films at Vancouver Public Libary on Day 24 of Investigation – Updated 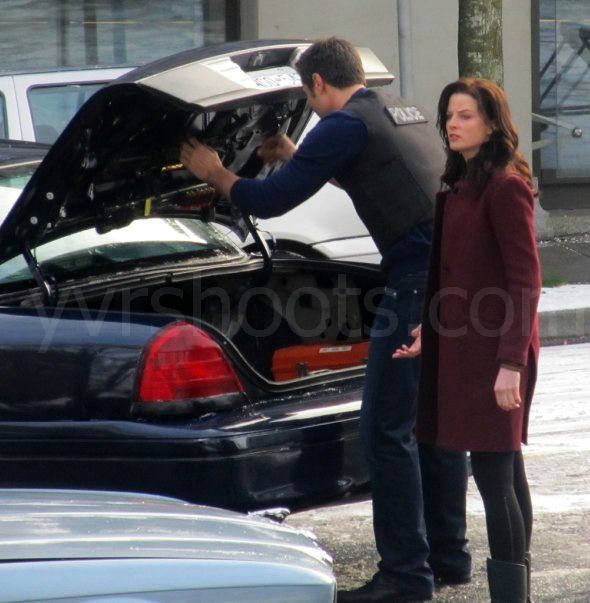 How did Continuum creator Simon Barry conceive of a Vancouver in 2077 which has become North America’s financial centre in a world where corporations have taken over failed governments? By reading and watching the news, of course. He calls it more science fact than science fiction. In this dystopian future, rising seas from global climate change have wiped out the east coast but Vancouver is protected by a dam across English Bay.

So why hasn’t the Lions Gate Bridge been dealt with in 2077?, joked one of the Continuum panel at Vancouver Fan Expo in April. Is the city all bike lanes in the future?, joked a fan during the Q&A, prompting Barry to respond that there are no cars at all in his future Vancouver. And apparently no horses either.

Continuum, originally called Out of Time in his pilot script, is part sci fi, part police procedural about a future police officer Kiera Cameron, played by Rachel Nichols, who travels back in time from Vancouver in the year 2077 to Vancouver in the year 2012, chasing a group of terrorists who plan to change the future from the past by targeting the corporations that will come to rule the world. But are they really terrorists? Perhaps they are freedom fighters?

One such corporation is fictional Exotrol, where Continuum staged an Occupy Vancouver-style protest at CBC Vancouver in mid-March for an upcoming episode. Rachel Nichols and Victor Webster, as her 2012 Vancouver police detectuve partner Carlos Fonnegra, arrived on the scene in an unmarked blue police car.