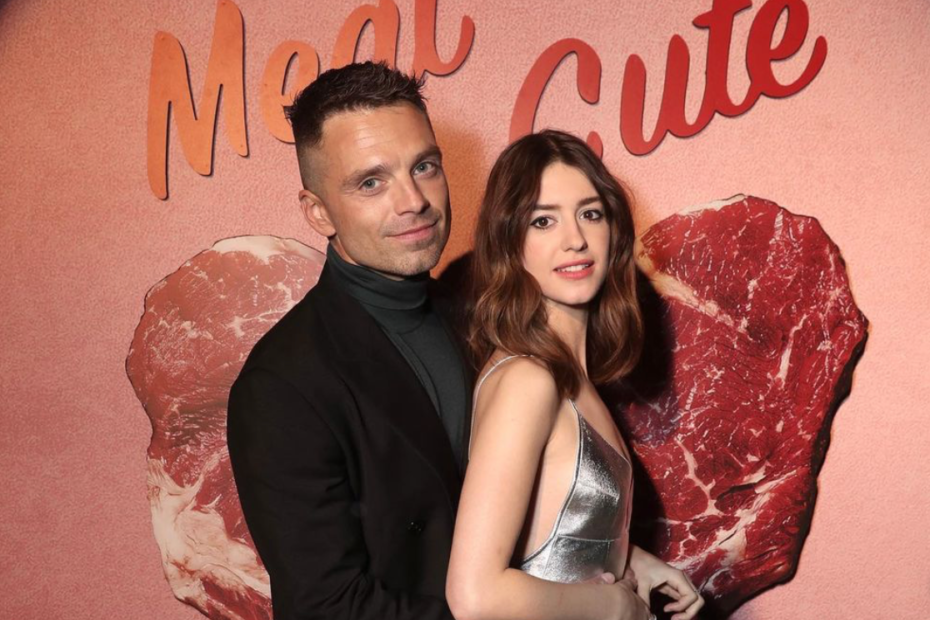 Modern dating horror story Fresh, with Daisy Edgar-Jones and Sebastian Stan, is now streaming on Hulu in the U.S. and Disney+ internationally. 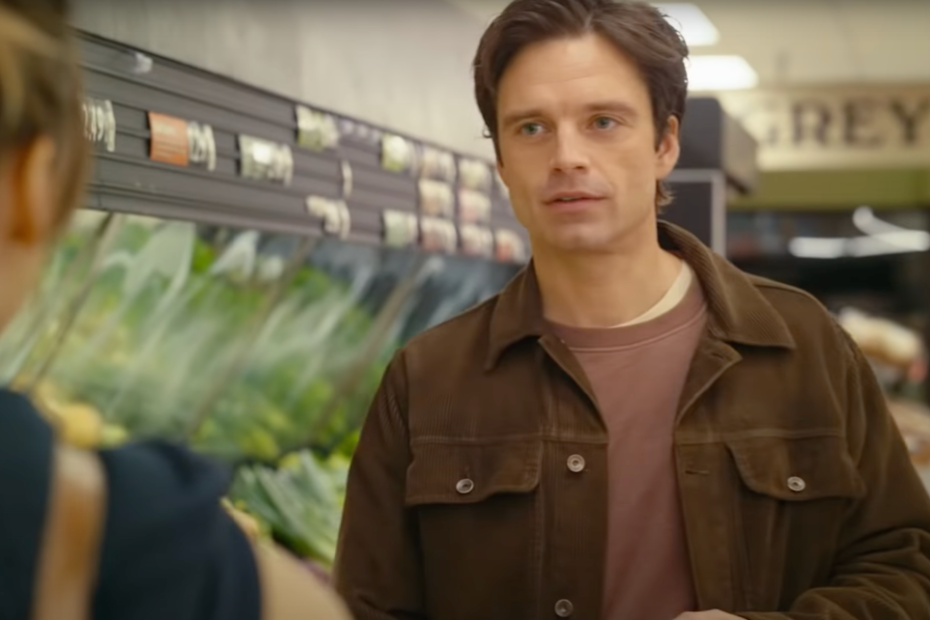 Modern dating horror story Fresh, with Daisy Edgar-Jones and Sebastian Stan, will soon be available on Hulu, Star and Disney+. 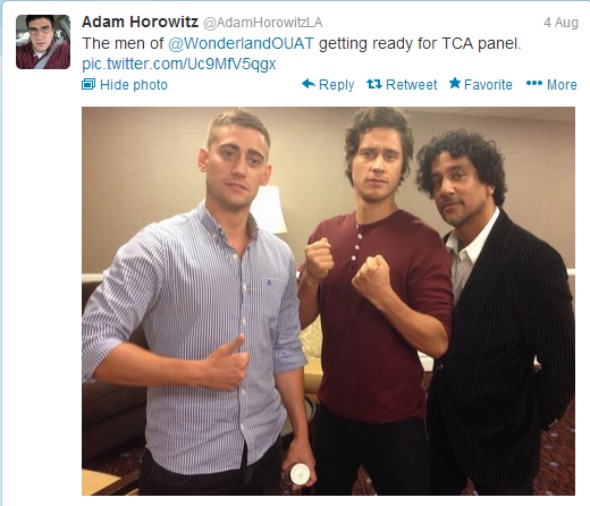 TCA NEWS: “Psychedelic Romance” on ONCE UPON A TIME IN WONDERLAND

ABC summer TCA panel. August 4, 2013. Showrunners Eddie Kitsis, Adam Horowitz and Zach Estrin told the TCA that after the Knave of Hearts (Michael… Read More »TCA NEWS: “Psychedelic Romance” on ONCE UPON A TIME IN WONDERLAND

PHOTO RECAP: ONCE UPON A TIME’s Storybrooke Scenes in 2×02 We Are Both

We Are Both opens with the Seven Dwarfs testing the Storybrooke town limits and discovering that if one of them crosses the border their cursed self becomes their only self, as Sneezy forgets he was ever a Dwarf.

Next we see the damage the Wraith caused in Storybrooke in an overhead pan of downed telephone poles, blownout windows, overturned cars and uprooted pavement, filmed on Moncton Street in Steveston south of Vancouver.

And we see a populace in relief mode, handing out blankets, bottles of water and toilet paper at the Storybrooke Town Hall, filmed in Fort Langley.

Charming/David (Josh Dallas) takes charge at the Storybrooke Town Hall, promising his grandson Henry (Jared Gilmore) and everyone else that he will come up with a plan to fix everything, but he’s really more concerned with finding a way to get back his wife and daughter — Snow White and Emma Swan — who fell through a portal opened by a magic hat in the season premiere.

Read More »PHOTO RECAP: ONCE UPON A TIME’s Storybrooke Scenes in 2×02 We Are Both

BIG READ: Steveston & Fort Langley Messed Up By Magic for ONCE UPON A TIME

How big a hit is Once Upon a Time? The rookie fairy tale series was American TV’s second biggest drama hit (in the prized 18-49 demo) last season, below veteran Grey’s Anatomy but above veteran NCIS. And that’s put the fictional town of Storybrooke, Maine, on the map. Filmed in metro Vancouver, pieces of Storybrooke can pop up anywhere from Steveston to North Vancouver to New Westminster to Fort Langley, but Main Street is usually Moncton Street in the village of Steveston and sometimes Glover Road in the village of Fort Langley, 50 kilometres away.

In last season’s jam-packed finale, a couple of things happened: the curse was broken so all the fairy tale characters trapped in Storybrooke for 28 years now know who they really are and soon after, magic swept through the town courtesy of Rumplestiltskin. And what a mess that magic has made in season two, as we see from on-location shoots in Steveston last week and Fort Langley the week before for episode two. Crew turned two blocks of Moncton Street in Steveton into a disaster zone, with a big green-screen hole in the Storybrooke Hardware & Paint sign, uprooted ashphalt, overturned and smashed-up cars, a downed telephone pole, blown-out windows, and the hull of a boat near the main intersection. Over on Glover Road in Fort Langley, the windows in the Storybrooke Town Hall (Community Centre) were boarded up, posters of The Missing covered the town boards, a fire truck and fire fighters were on hand and the populace was in relief mode handing out blankets, bottles of water and toilet paper.

Fortunately, fans in both locations got to see main cast alive and well amid the destruction and to meet them too, with a couple of big exceptions: Ginnifer Goodwin’s Snow White and Jennifer Morrison’s Emma Swan are nowhere to be found in Storybrooke. What’s happened to them?

Read More »BIG READ: Steveston & Fort Langley Messed Up By Magic for ONCE UPON A TIME

YVRSHOOT: Magic Makes a Big Mess of Steveston’s Moncton Street in ONCE UPON A TIME 2×02

Magic has made a big mess of Main Street in Storybrooke (played by Moncton Street in Steveston south of Vancouver) for modern-day fairy tale series Once Upon a Time in episode two of the second season. Main Street is a disaster zone, with uprooted ashphalt, overturned and smashed-up cars, a downed telephone pole, blown-out windows, and the hull of a boat near the main intersection. Fortunately, the many local fans of the show could see some main cast alive and well amid the debris on the artfully-destroyed street.

Meghan Ory, Lee Arenberg and the Evil Queen herself, Lana Parrilla, did some early morning scenes, leaving the afternoon for Josh Dallas to chase a Mad Hat (see if you can spot the black top hat in the photos below) east along the street and then into the alley next to Storybrooke Country Bread. Dallas ran and ran and ran all afternoon in stages, and then met with fans at the finish. As I’ve said before, he’s a Prince Charming in real life, too.

When I returned in the evening, it looked like Josh Dallas was in for another bout of running, but to chase the Mad Hatter himself, Sebastian Stan, not a Mad Hat. Stan soaked his shirt with perspiration running west down the street in the evening heat. Why was he running from Charming? It seems the Mad Hatter knows something about the whereabouts of Ginnifer Goodwin’s Snow White and Jennifer Morrison’s Emma Swan, who are nowhere to be seen in Storybrooke. What’s happened to them? We’ll have to wait until season two begins airing to find out.

I don’t know how Once Upon a Time filmed so many scenes and managed the hundreds of fans who flocked to set all day and evening long. Read More »YVRSHOOT: Magic Makes a Big Mess of Steveston’s Moncton Street in ONCE UPON A TIME 2×02