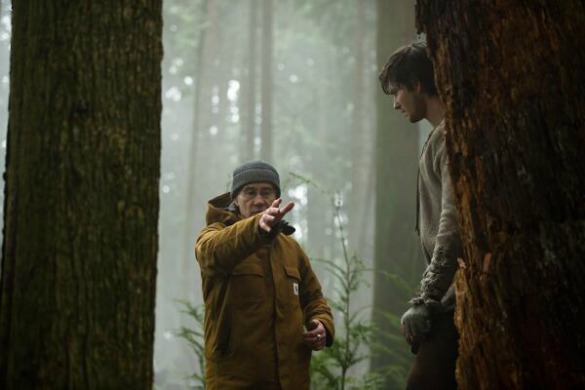 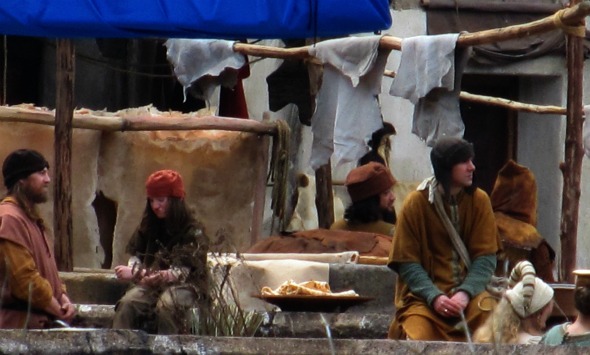 After months of construction, dark fantasy movie Seventh Son started filming this week on its gigantic castle set on the gravel field at Boundary and Kent in Vancouver, known as the Kent Hangar field. A set so big that @tessacpliu tweeted on a drive-by: “Holy! HUGE production #SeventhSon bus drove by to see the whole sizzle! Wow! Blue screen too! #yvrshoots.”

In addition to the vast wooden set, I counted eight generators, several giant blue screens attached to a wall of forty-two stacked shipping containers on the north side (crew had turned one of the bottom containers into a makeshift props department) and several more giant blue screens attached to a smaller wall of stacked shipping containers on the south side. Crew park, tents, craft services for background performers both human and equine, trailers, trucks and a large steel tank took up most of the remaining space.

Unfortunately, I could only a see a sliver of the filming on Monday afternoon through a gap in the blue screens, revealing an interior market with background performers dressed in medieval garb and real horses tethered to wood railings. Main cast must have been on set, judging by the waiting “star cars”, but the actors were being driven to and from their trailers in the southeast corner of Kent Hangar field to the north entrance to the castle set unseen.