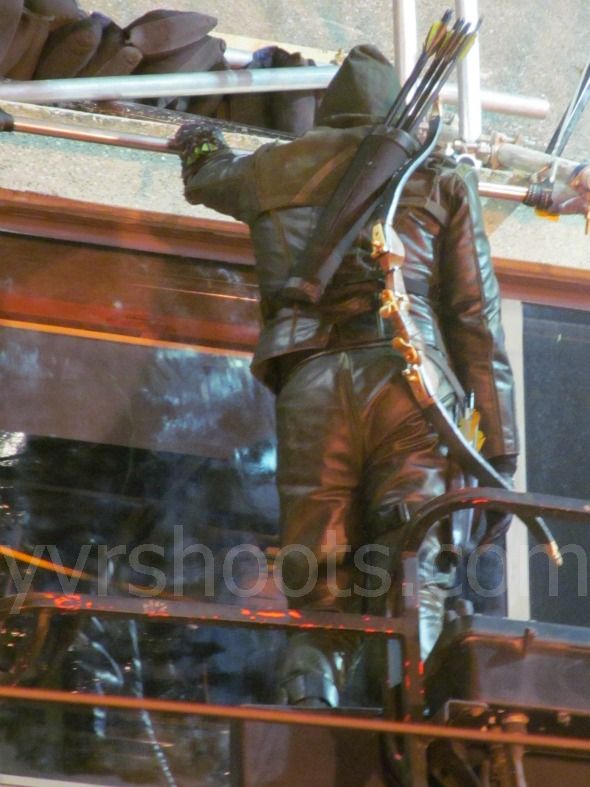 Published October 11, 2012 on Vancouver is Awesome

Being Bad Never Looked So Good. Last night’s series premiere of Vancouver (and Victoria)-shot Arrow broke records with four million viewers and bragging rights as the biggest show on the American network The CW in three years.

Loosely-based on DC Comics The Green Arrow, the TV series Arrow is less Smallville-ish and more like The Dark Knight trilogy’s re-imagined Batman. The story: missing and thought dead for five years after a shipwreck, Stephen Amell’s billionaire playboy Oliver Queen returns home a changed man. He secretly creates the persona of vigilante Arrow to fight crime and corruption in Starling City with martial arts and technology plus the special skill of archery.

By day, Oliver Queen continues to play the part of the billionaire cad he used to be, while trying to make amends with those he wronged, like his former girlfriend Dinah “Laurel” Lance, who works for a legal aid group called CNRI (Canary!). But she’s having none of it. “I didn’t grieve. I was too angry,” Katie Cassidy’s Lance tells Amell’s Queen Read More »BIG READ: Hooded-Vigilante Series ARROW’s Record-Breaking Premiere

Being Bad Never Looked So Good. Check out the abs on Stephen Amell’s billionaire playboy Oliver Queen tonight in the series premiere of Arrow on the CW and CTV Two. Missing and thought dead for five years after a shipwreck, Queen returns home a changed man. He secretly creates the persona of vigilante Arrow to fight crime and corruption in Starling City with martial arts and technology plus the special skill of archery.

By day, Queen continues to play the part of the billionaire cad he used to be while trying to make amends with those he wronged, like his former girlfriend Dinah “Laurel” Lance, who works for a legal aid group called CNRI (Canary!). But she’s having none of it. “I didn’t grieve. I was too angry,” Katie Cassidy’s Lance tells Amell’s Queen in a scene filmed for the premiere in Gastown next to Chill Winston last March.

Arrow’s Stephen Amell is a fast runner. So fast I only got one decent shot of him running up the stairs after a shooter on a motorcycle at Queen Consolidated, aka a tower at the corner of West Georgia and Homer in downtown Vancouver.

Shooter speeding away [UPDATE: a stunt double for Jessica De Gouw as Helena Bertinelli, aka The Huntress]

Upcoming CW series Arrow started its day today filming scenes of robbers entering the rear of a downtown heritage building and former bank at 330 West Pender Street turned into Starling Trust Bank. Then shortly after morning rush hour, Vancouver Police closed both east-bound lanes in the 300 block at the front of the building so that Arrow could film scenes of prop police cruisers arriving at the robbery and Roger Cross (Continuum’s cold-blooded Liber8 killer Travis) as a police officer with a megaphone telling those inside the bank to come out with their hands up. The bank hostages emerge wearing white playing card masks. Are the robbers among the hostages? Police then storm the building. Arrow wrapped the arrival of police scene around 2 p.m., the lanes re-opened and production moved inside the building to film the robbery.

What do these bank robbery scenes remind you of? The Dark Knight? Or maybe Inside Man with Denzel Washington and Clive Owen? Arrow has big aspirations for a new TV series but from what I’ve seen of filming, it will meet them.

ARROW Star Stephen Amell Up a Wall in a Downtown Vancouver Alley for Ep. 1×03 – Updated

Another day of filming of Arrow. Another day of stunts. It’s non-stop action for this kick-ass show. Today started with the Oliver Queen stunt double climbing up a wall in a downtown alley, soon to be replaced by Oliver Queen himself, Stephen Amell.

ARROW Kicks Glass (and Ass) at CBC Vancouver for Ep. 1×03

Upcoming TV series Arrow kicked glass — literally — at CBC Vancouver late Friday night. A Green Arrow stunt double burst through a “candy glass” window on the east wall feet first to the sounds of prop gunfire. Crew had spent the day setting up for this and we were hopeful that star Stephen Amell, who quietly boasts of doing roughly 75% of his own stunts, would perform this one. But not when there’s glass involved. Even stunt glass. Filming lasted overnight so Amell could have got plenty of action inside, which we couldn’t see, facing off against arch-villain Deadshot played by Michael Rowe, who tweeted he was on set. It’s a good bet that it was Deadshot who fired a prop rifle out of the open window on the left earlier in the evening. We’ll have to wait to see the third episode to find out, but clearly this show has not let up on the kick-assedness of its pilot. 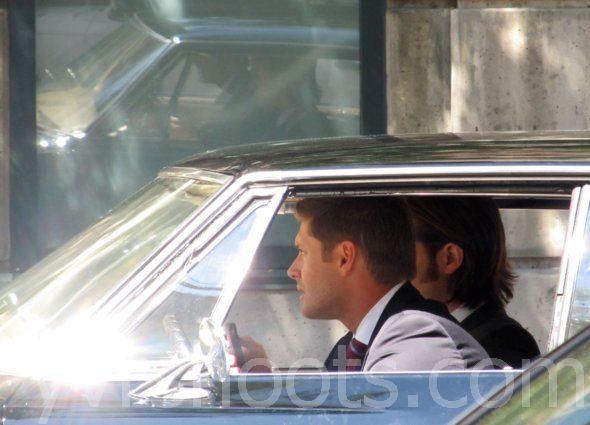 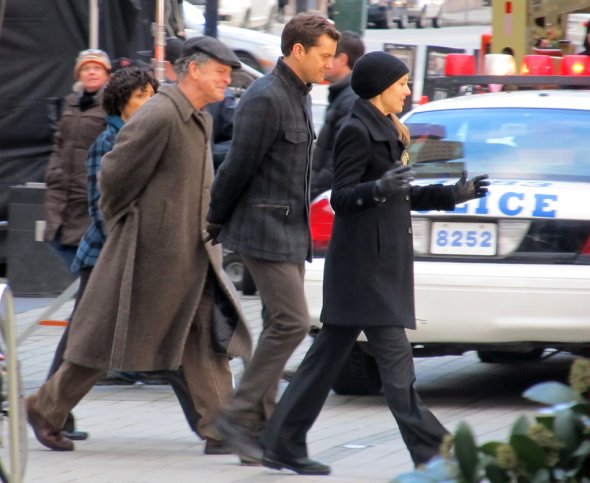 FOX’s Fringe has been upgraded to marquee Hall H for its final appearance at the annual San Diego geekfest Comic-Con next month. Expected to be on hand… Read More »COMIC-CON: Vancouver-filmed FRINGE, SUPERNATURAL, ARROW & CULT at Comic-Con 2012 – Updated