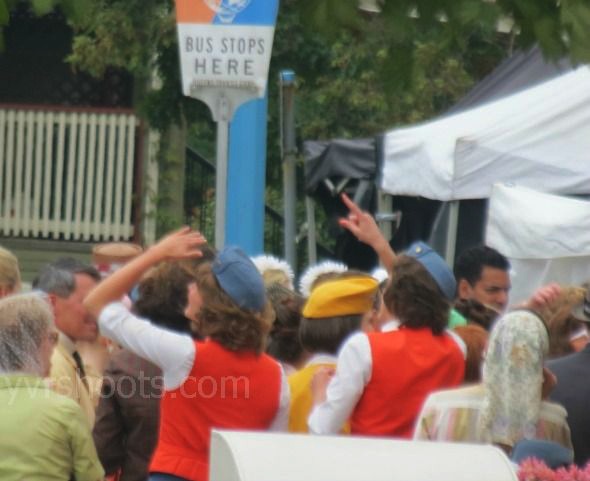 “This is the most expensive dance party you’re ever going to go to.” – Tomorrowland director. What to do with 300 extras dressed as if… Read More »SHOOT: TOMORROWLAND Dance Party at H.R. MacMillan Space Centre

SHOOT: GODZILLA Invades ONCE UPON A TIME’s Storybrooke, aka Steveston

Feature film Godzilla invaded Steveston last week. Two hundred U.S. military extras stormed the village to protect it from the wrath of the Japanese monster. Ahead of the Tuesday shoot, crew turned Moncton Street into a different American town instead of the familiar Storybrooke, Maine, of Once Upon a Time. They covered up the Steveston Marine & Hardware with Tall Pines Tools and Fasteners rather than Welcome to Storybrooke. Turned the Cannery Cafe into Taqueria Bosque. instead of Granny’s Diner. Dressed Splash Toys as the Wood Eagle Bar rather than Neighbour’s. And so on.

U.S. military backgrounders outside what used to be Mr. Gold’s Pawnbroker in Storybrooke.

Read More »SHOOT: GODZILLA Invades ONCE UPON A TIME’s Storybrooke, aka Steveston

SHOOT: Road Biker Extras at Two Chefs & a Table for WORDS AND PICTURES

Last Thursday feature film Words and Pictures had a last-minute casting call for bike rider extras to film on Monday. Turns out the scene was not a road race as expected but a gathering of friends in bike gear inside Two Chefs & a Table restaurant on Alexander Street in the Downtown Eastside.

The scene: outside the restaurant — renamed The Grill — a man in spandex bike attire talks on his cellphone before going inside to join his road racer friends. 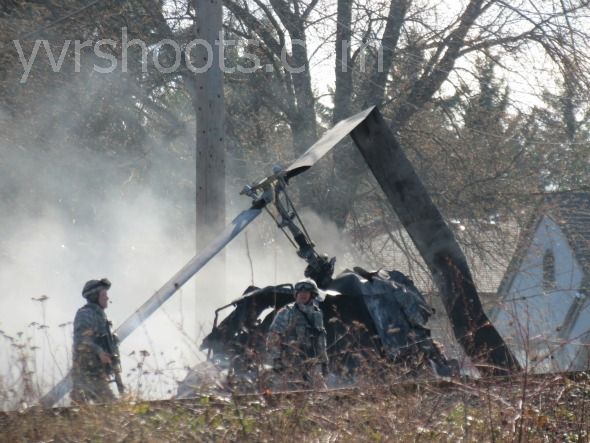 The 3D Japanese monster reboot Godzilla let spectators get closer for the Friday afternoon shoot in south Nanaimo on Vancouver Island of prop wreckage on fire in Godzilla’s wake and U.S. military extras rushing to the scene on the railroad tracks. Crew set on fire a burnout vechicle and downed helicopter and filled the air with smoke from smoke machines. But no Godzilla was sighted on set. 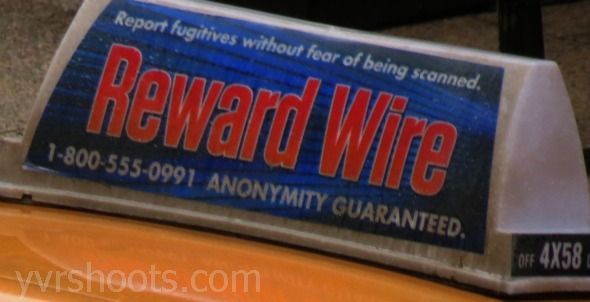 As streets began flooding in the real Manhattan yesterday morning and the east coast braced for Hurricane Sandy’s full impact, Fringe filmed scenes in a NYC taxicab in cloudy, wet Vancouver dressed as Manhattan under Observer Occupation in 2036. It sure put our rain in perspective.

I didn’t find the set until close to lunchtime and not long after Fringe wrapped and returned to studio for the rest of the day, so I don’t know if there were scenes other than John Noble’s Walter in the cab along with an unexpected guest star from seasons earlier. I won’t spoil the identity of that guest star until the producers choose to, because one of the joys of the final season is the way Fringe brings back or echoes former cases and characters. After the guest star wrapped, a Flex star car picked up her and Jasika Nicole’s Astrid, who must have been in that very crowded cab as well. I can’t imagine the risk they took talking in a cab with all those background Observers and Loyalist soldiers walking past. And on one of the background cabs driving by — a Reward Wire rooftop ad. Remember the creepy-good Captain Windmark-voiced Fringe teaser, Wanted: Peter Bishop, ahead of the season premiere?

What Neill Blomkamp’s Upcoming Sci-Fi Film ELYSIUM is About

So we have some scoop on what director Neill Blomkamp’s latest sci-fi project Elysium is about, after Collider.com got its hands on an advance sceening ticket which had a detailed plot synopsis. I’d worked out some of the story last summer during the film’s three-month shoot in Vancouver, which I wrote about in my YVRShoots series, but there is still a lot we don’t know.

Elysium turns out to be the name of the vast, luxurious space station constructed by Armadyne where the very rich live in the year 2159  (want-ads for Armadyne popped up at last year’s Comic-Con in San Diego, the start of a viral campaign for the movie). The rest of us– the 99% if you will — live on the over-populated, ruined planet Earth below. A bald, buff Matt Damon is Max (link to first official photo), who takes on the mission to bring equality to these polarized classes. He’s going up against Jody Foster as Minister Delacourt [corrected], a hard-line govenment official, who will stop at nothing to enforce anti-immigration laws and preserve the grandiose lifestyle of the citizens of Elysium in space (Foster returned for reshoots this spring but not Damon).

Since Matt Damon was seen filming scenes in blue workmen’s garb [corrected] last summer at Vancouver Technical School, Riverview Hospital and out in Delta, could this be how Max is forced to take on the mission? And could this be how Max will save his own life? The Grouse Grinder also spent weeks filming at a mansion facade and temporarily-planted tropical garden on the vast gravel field at Kent and Boundary in Vancouver. The blue rectangles are thought to be a spaceship, the fake palm trees have no fronds, the small piles of sand seem to represent a manmade beachs and huge blue screens ringed the set. Interior scenes were filmed at the other end of Vancouver in a real-life mansion at 51st and Macdonald behind Jurassic Park-sized hedges. I’m now wondering if this mansion is on the Elysium space station, not on Earth as I originally thought. 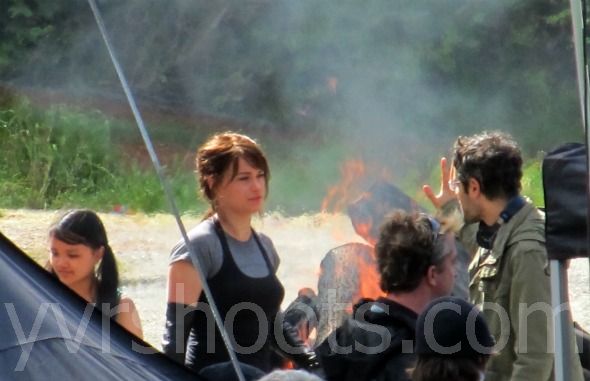 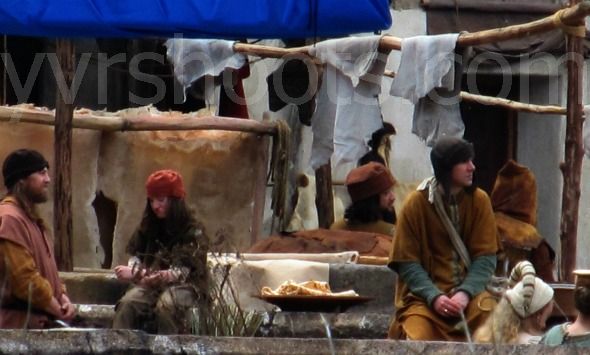 After months of construction, dark fantasy movie Seventh Son started filming today on its gigantic medieval castle set at Kent Hangar field in Vancouver. In addition to the huge wooden set, I counted eight generators and several giant blue screens attached to a wall of forty-two stacked shipping containers (crew had turned one of the bottom containers into a makeshift props department).

Seventh Son is about an apprentice Tom (Ben Barnes) — the seventh son of a seventh son — to the County Spook (Jeff Bridges) who has imprisoned an evil witch Mother Malkin (Julianne Moore). A young girl tricks Tom into helping the witch escape. I don’t know who was on set today because I could only see a sliver of the filming through a gap in the blue screens, revealing an interior market and real horses tethered to wooden rails.