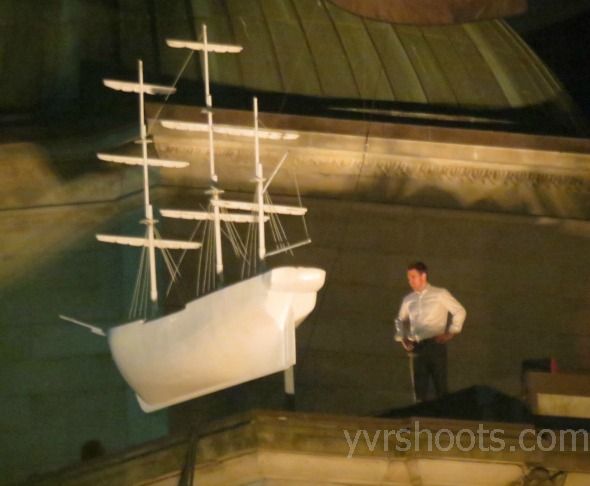 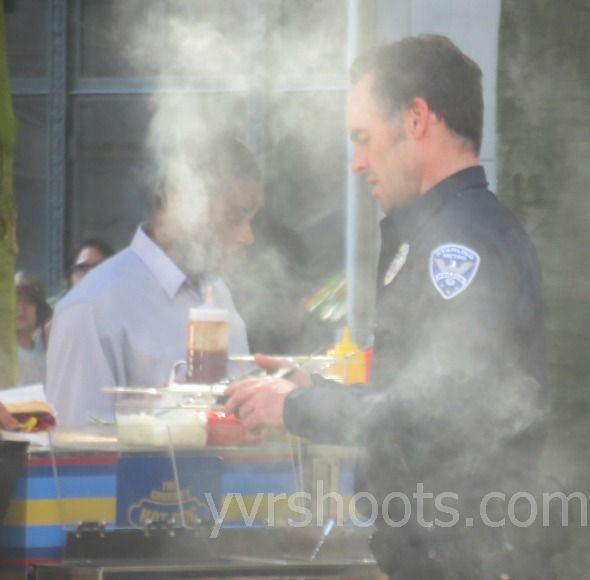 Quentin Lance may have been demoted in season two of the Arrow but he’s looking mighty fit in uniform. Maybe because Paul Blackthorne, the actor… Read More »SHOOT: ARROW’s Quentin Lance (Paul Blackthorne) Grabs a Hotdog at the Vancouver Art Gallery Plaza 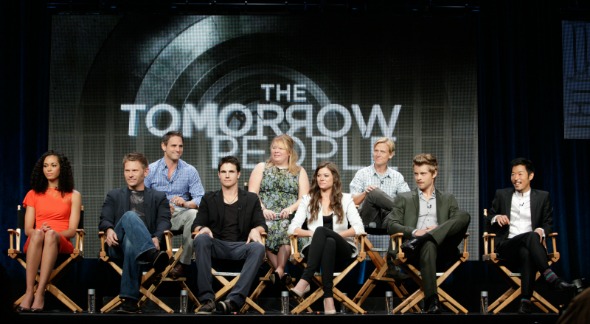 TCA NEWS: THE TOMORROW PEOPLE is The CW’s Bid for Sci-fi Audience This Fall

The CW summer TCA panel. July 30, 2013. Showrunners Greg Berlanti (Arrow) and Julie Plec (The Vampire Diaries) told the TCA they have been talking… Read More »TCA NEWS: THE TOMORROW PEOPLE is The CW’s Bid for Sci-fi Audience This Fall 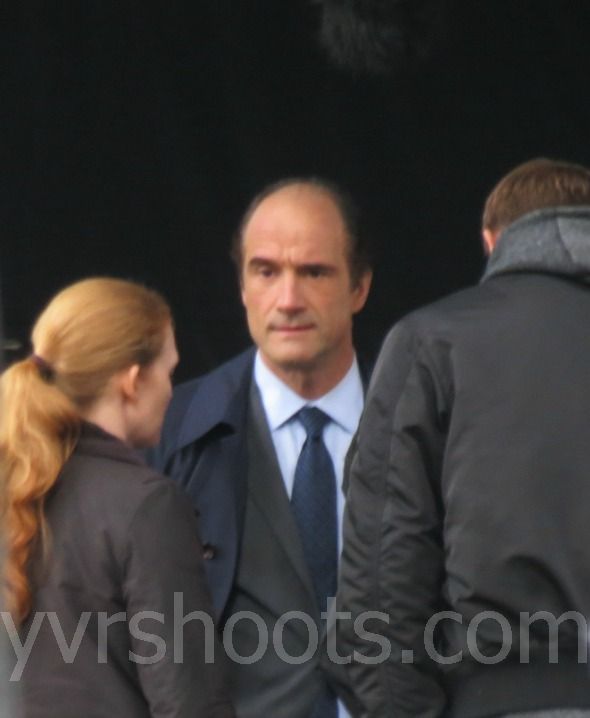 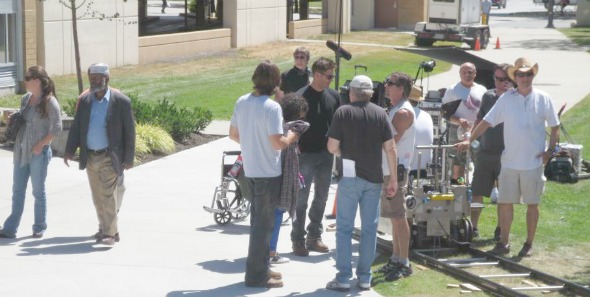 Photo by @RavenKuni. A fan found herself in the right place at the right time yesterday when Supernatural crew emerged from inside the University of… Read More »YOUR SHOOT: SUPERNATURAL’s Jared Padalecki & Jensen Ackles at UBC to Film S9 Premiere 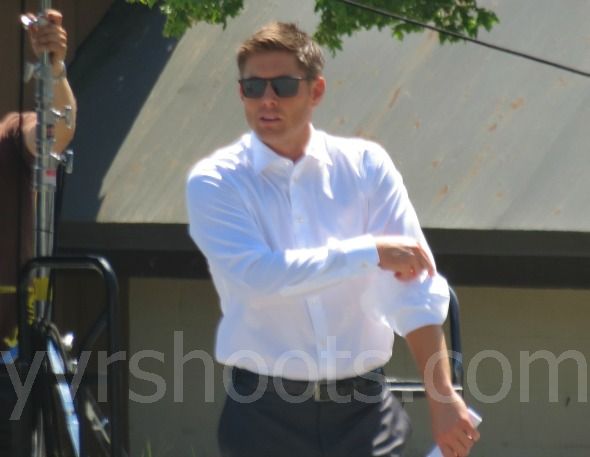 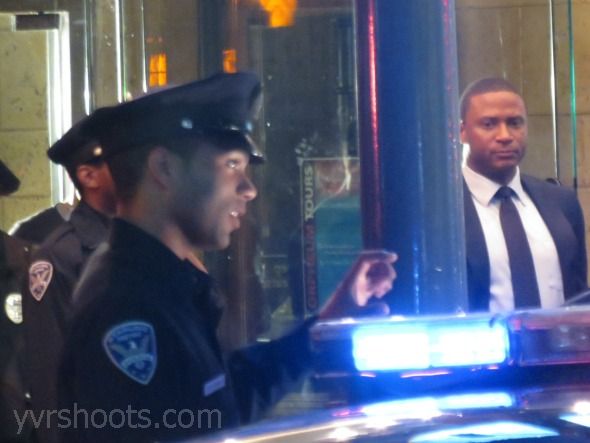 Oliver and Diggle on Granville Street in downtown Vancouver. Since I’d never seen Diggle (David Ramsey) on set before he’s the one I photographed before and after their walk-and-talk. It was too difficult for me to capture Oliver (Stephen Amell) and Diggle together except as shadow puppets (see below). Arrow crew closed the 800 block of Granville around 8 p.m. last night to set up for this scene, which didn’t start rolling until around 11 p.m. as the crowd gathered. Cast and crew spent the day shooting inside the historic theatre so this exterior must have been the last shoot of the day. 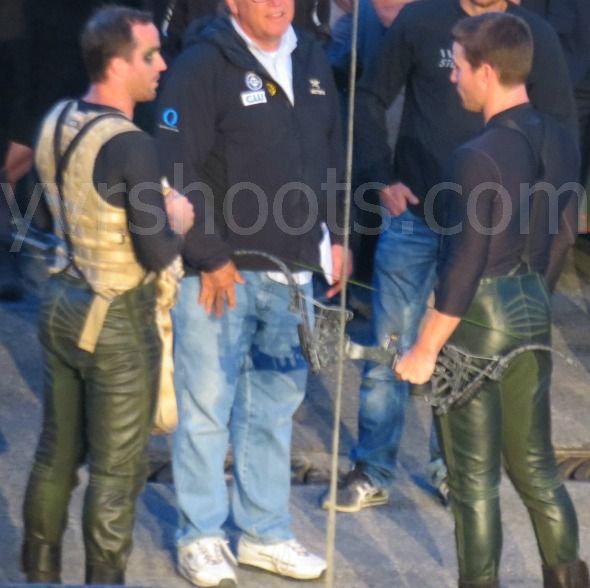 SHOOT: The Hood is Back on ARROW S2. Stephen Amell Below the Hastings Overpass

The Hood is back for Arrow season two. Stephen Amell showed us why he’s the star of Arrow, even with his shirt on last Friday night. Not every actor is capable of the kind of  integrated stuntwork that Arrow does routinely. Amell is almost always part of a stunt so that it looks seamless on screen. And sometimes he does all of it, especially if the scene calls for running fast. Here are Amell and stunt double Simon Burnett talking through the night’s stunts with the Arrow Stunt Department on set below the Downtown Eastside’s Hasting Overpass.

Read More »SHOOT: The Hood is Back on ARROW S2. Stephen Amell Below the Hastings Overpass 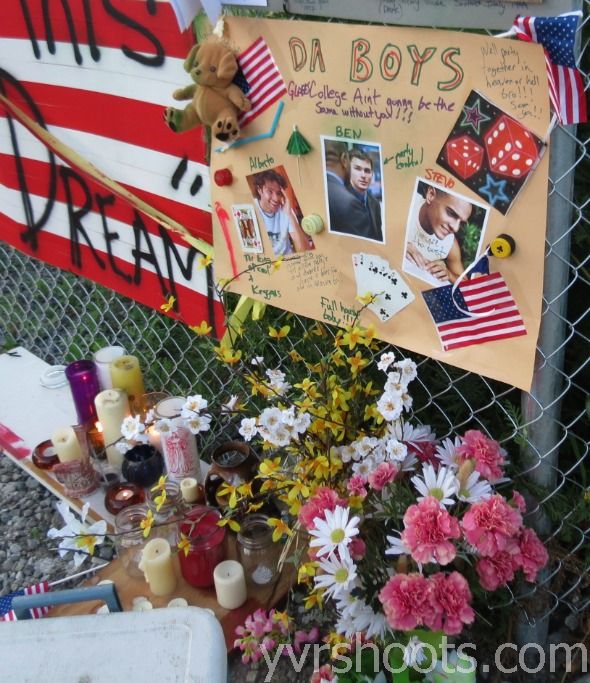 Team Arrow thwarted part of Malcolm Merlyn (The Dark Archer)’s plan to level The Glades with an earthquake device in the season one finale last May.  But not all of it. A good section was flattened causing the death of hundreds. The Glades is Starling City’s Downtown Eastside-equivalent: impoverished and riddled with hookers, pimps and drug dealers but also a community of people who aspire to something better. So it’s fitting that Raymur Street plays the post-Earthquake The Glades in the Arrow season 2 premiere. 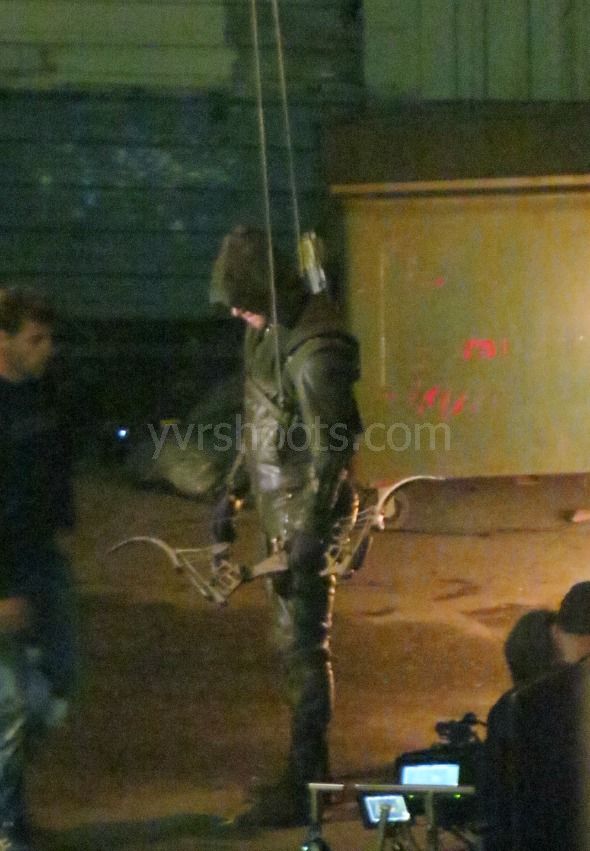 The Arrow Stunt Department spent most of last Friday rehearsing  in the sunshine for an integrated stunt to be filmed later that night of star Stephen Amell and Hood stunt double Simon Burnett shooting a rope ascender arrow up in the air and then rising on the zipline several stories off the ground. I didn’t hear about the shoot until quite late because I expected Arrow to be filming on private Port Metro Vancouver land, not in the Downtown Eastside with a grandstand public view from the Hastings Overpass. It turned out to be a relatively private location though, because people don’t loiter in that part of east Hastings at night unless they’re  hookers, pimps, dealers or locals. I was mistaken for one of these by a guy in a BMW and later had a lengthy, circular conversation with one of the locals about gentrification of the neighbourhood.

From the overpass, you could look down on the crane, wires, stunt mats and dozens of people who make up the Arrow Stunt Department. Two of the men behind the best stunts on TV were present: stunt coordinator J.J.Makaro, who picked up a Leo Award for stunt coordination of the Arrow pilot last month, and fight designer James “Bam Bam” Bamford, who won his own Leo for stunt co-ordination of Halo 4: Forward Unto Dawn. Arrow’s stunt department is doing double duty this season, designing stunts for Arrow and new series The Tomorrow People starring Robbie Amell, for what is being called Amell Wednesdays on The CW.