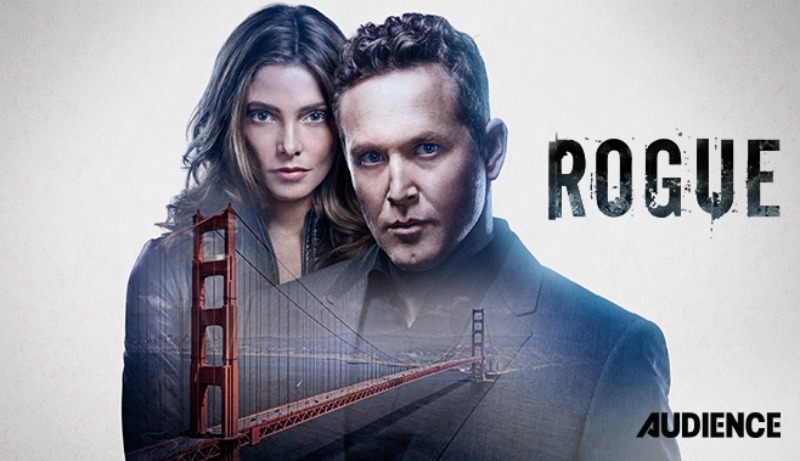 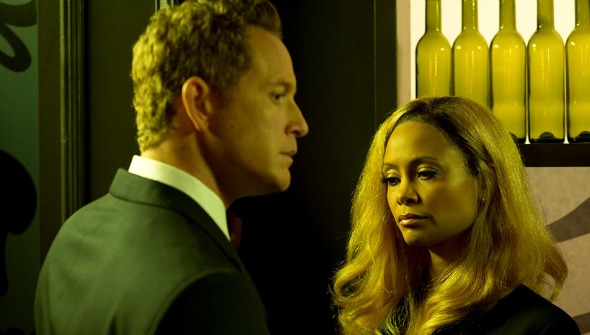 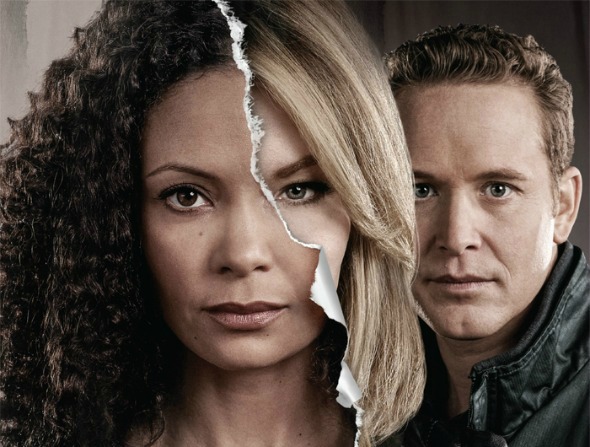 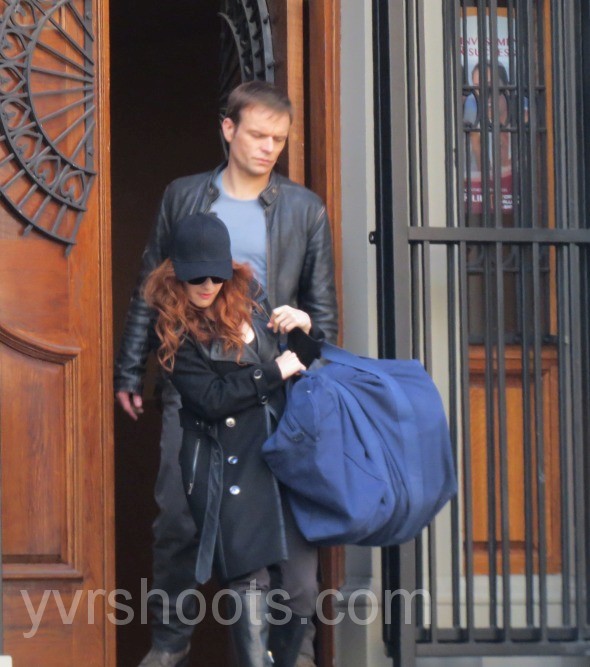 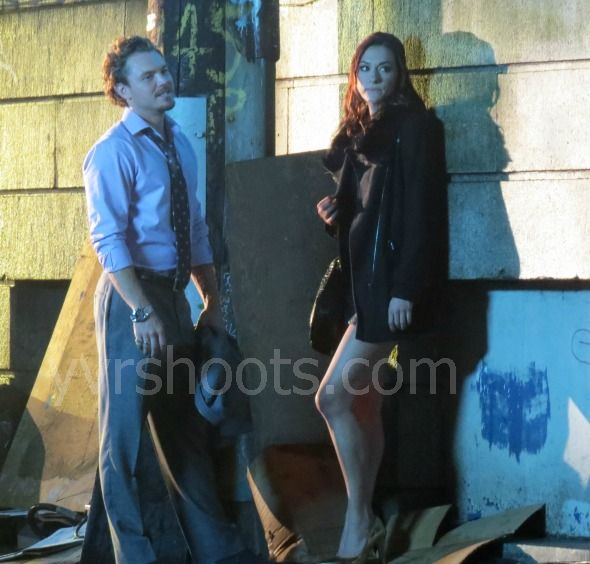 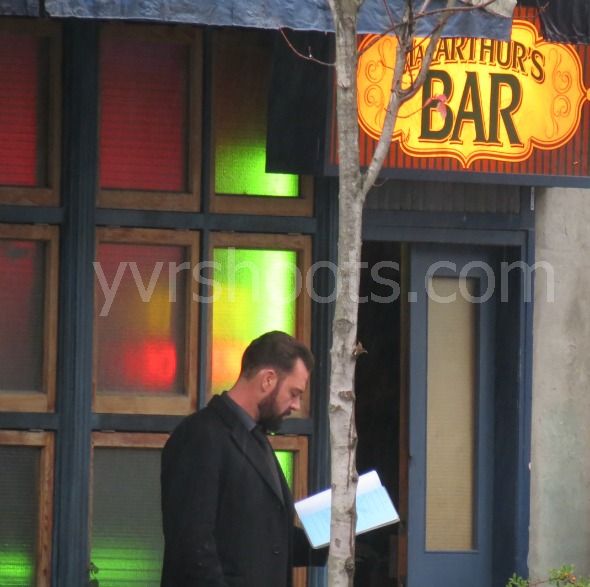 I found them on location twice this past week, filming their season finale. First on Monday in the pouring rain on a closed block of Heatley Avenue in the Downtown Eastside, dressed as Oakland. Thandie Newton walked back and forth between two of the sets in small houses, wearing a blue baseball cap, hoodie, coat, striped track pants and running shoes. If I didn’t know her role as an undercover cop, I would not have recognized her. And then on Tuesday in the pouring rain at the Burrard Ironworks building near the Main Street overpass dressed as MacArthur’s Bar, Marton Csoka came out on breaks carrying his own umbrella to read his script (Csoka also drives his own vehicle from circus to set). It’s unfortunate that miserable, neverending rain was a theme this week.

Here are more photos of Thandie Newton on Heatley Avenue as Oakland, California. 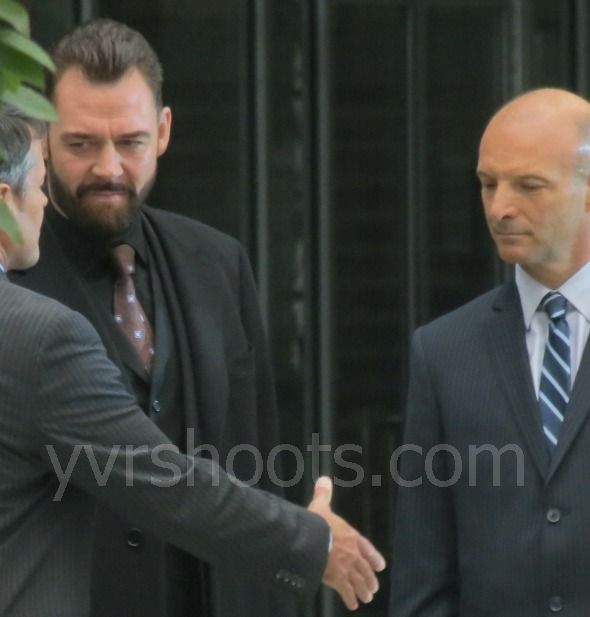 DirecTV’s Rogue has been tough to find filming on location in Vancouver, so it was a pleasant surprise to spot them out in the open on Saturday afternoon at the Bentall 5 tower downtown dressed as Trade Investments. Production has been “hush hush”, one of their productions guys told me last week out at Deer Lake. No kidding. All we really know is that the American satellite network’s first original series stars Thandie Newton (Mission Impossible 2, Crash) as Grace, a morally-compromised undercover cop in Oakland, who’s cavorting with Marton Csokas’s crime boss, who may have been involved in her son’s death. Now that’s a complicated relationship.

Could Marton Csokas’s crime boss be the tall dressed-in-black mafioso type in the scene below? If so, Csokas (Lord of the Rings, Alice in Wonderland) is virtually unrecognizable with jet black hair, except for his height. Joining him in the walk and talk out of Bentall 5 is BC’s own Frank Cassini. (Blackstone)  I also spotted BC’s own Ian Tracey (DaVinci’s Inquest, Intelligence, Sanctuary) on set but didn’t see him in a scene.

Of course, as often happens, I found Rogue again today filming inside La Terrazza, a Yaletown restaurant at Pacific and Cambie. And this time, Thandie Newton seemed to be on set, but I can’t be sure. Read More »SHOOT: ROGUE’s Marton Csokas Films at Bentall 5 Tower in Downtown Vancouver